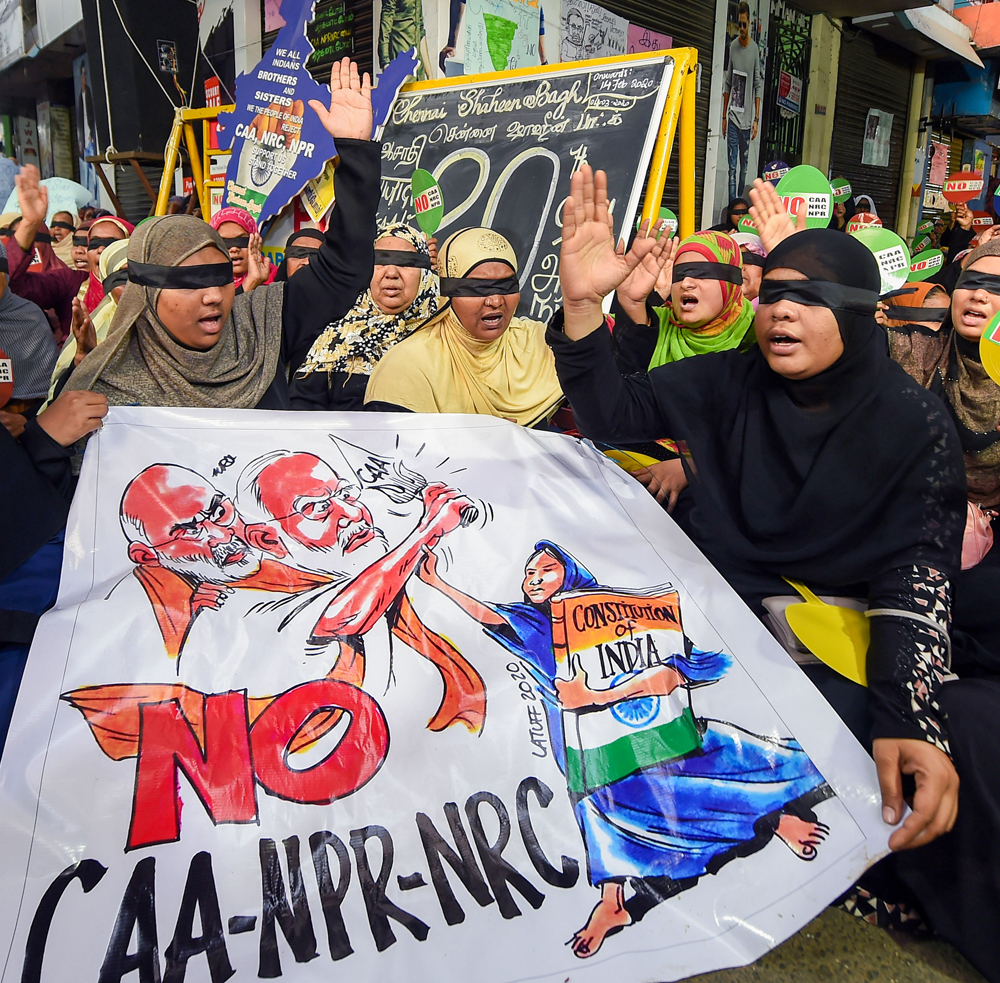 India’s score has shown the biggest decline among the world’s 25 largest democracies in the new report from Freedom House, the oldest American organisation devoted to the support and defence of democracy around the world.

The steep fall has been blamed on three actions of the Narendra Modi government: the unilateral annulment of the semi-autonomous status of Jammu and Kashmir, the implementation of the National Register of Citizens in Assam and the passage of the Citizenship Amendment Act (CAA).

India has now been placed by the Washington-based Freedom House among “countries in the spotlight’’ along with Haiti, Iran, Nigeria, Sudan, Tunisia, Turkey, Hong Kong and Ukraine. This category lists countries where important developments in 2019 affected their democratic trajectory and deserve special scrutiny in 2020.

While half the world’s established democracies have deteriorated over the past 14 years, India’s drop is the sharpest and could “blur the values-based distinction between Beijing and New Delhi’’, the India chapter in the Freedom in the World 2020 report noted.

India continues to get a “Free” rating — essentially because of the conduct of elections — but the report is scathing in its criticism of the Modi government for distancing the country from the “founding commitment to pluralism and individual rights, without which democracy cannot long survive”.

Freedom House was formally established in New York in 1941 to promote American involvement in World War II and the fight against fascism. The Freedom in the World report — brought out annually since 1971 — maps the level of freedom in each country.

The report said: “Almost since the turn of the century, the United States and its allies have courted India as a potential strategic partner and democratic counterweight to China in the Indo-Pacific region. However, the Indian government’s alarming departures from democratic norms under Prime Minister Narendra Modi’s Bharatiya Janata Party (BJP) could blur the values-based distinction between Beijing and New Delhi.”

The report likens democratic India to authoritarian China for eroding pluralism. “Just as Chinese officials vocally defended acts of state repression against Uighurs and other Muslim groups before international audiences in 2019, Modi firmly rejected criticism of his Hindu nationalist policies, which included a series of new measures that affected India’s Muslim populations from one end of the country to the other.’’

The report notes with concern: “Several of India’s neighbours have persecuted religious minorities for many years. But instead of stressing the contrast with its own traditions and seeking to propagate them abroad, India is moving toward the lower standards of its region.’’

Freedom House shows the new Union Territory of Jammu and Kashmir as having experienced one of the five largest single-year score declines of the past 10 years, and “its freedom status dropped to Not Free”.

The Freedom House report takes on board the statements made by Union home minister Amit Shah, particularly his pledge to repeat the Assam NRC process nationwide although subsequently Prime Minister Modi has said that there has been no discussion on it within his government yet.

The report also sees the CAA as a remedy meant to address the adverse impact of the Assam NRC after it left out a large number of Hindus.