Commemorating the centenary of an anomaly 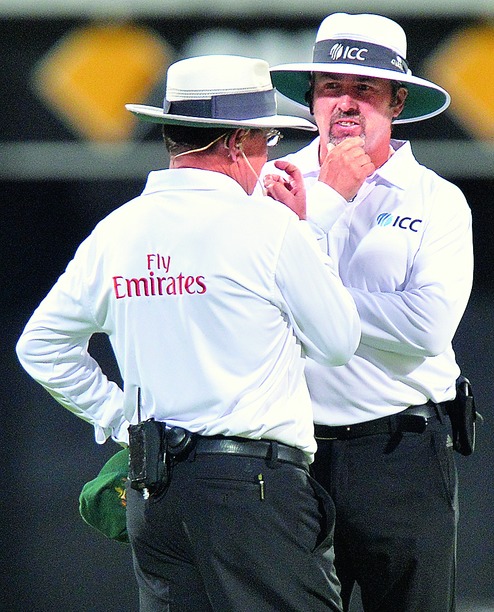 An unusual set of events took place in Delhi in March 2015. On March 10 - marking the Battle of Neuve Chapelle in France - the president and the prime minister led events commemorating India's role and contribution to the outcome of World War I from 1914 to 1918. This was in the memory of the 1.5 million soldiers who fought in theatres as varied as Asia, Africa and Europe and of the 74,000 who were killed in these far- away battlefields.

This commemoration in New Delhi was a significant change. For decades before, there was little interest in recalling the Indian participation in the war for a variety of reasons - that the war itself had little to do with India and Indian interests and was a conflict among different imperial powers and that Indian soldiers and units were no more than pawns on that imperial chessboard, not actors in their own right. The commemoration of the role of the Indian army in World War I was thus something new and marked the growing intellectual and public appreciation of military, foreign policy and strategic issues as being important in their own right and not just as an adjunct to the anti-colonial freedom movement.

Next year, 2019, will be the centenary of a critical year in the history of our freedom movement. Throughout 1919, the hopes created during and after the First World War that freedom or greater self-rule in colonies would follow the European bloodbath were belied. The massacre in Jallianwala Bagh on April 13, 1919, in the midst of the Rowlatt satyagraha, stands out both for the enormity of the act itself as equally for the support its executer received in England after the bloodbath in Amritsar. A day after the massacre, General Reginald Dyer said - "For me the battlefield of France or Amritsar is the same." This statement represents in a sense the collision between post-World-War aspirations in India and the triumphalism that accompanied victory in Britain. Not surprisingly, the anti-colonial struggle in India and the repression represented by the massacre in Amritsar had a wider Asian context as well. This upsurge in India in early 1919 was marked by similar protests at the same time elsewhere - in China (the May 4th Movement), in Egypt (the 1919 Revolution), and in Korea (the March 1st Movement). In any event, 1919 is a milestone year for Indian history. The recent launch of an exhibition on Jallianwala Bagh is perhaps only the first of many events that will take place to commemorate the centenary of that year.

However, 1919 is also a year of significance in Indian diplomatic history. India's military contribution in World War I secured for it a presence in the Palace of Versailles in France when the victorious and vanquished powers gathered to cement a peace in January 1919. Ganga Singh, the Maharajah of Bikaner, was India's 'plenipotentiary' in this conference and was one of the signatories to the Treaty of Versailles in June 1919. It was largely a ceremonial presence, of course - both for him as indeed for most other delegates outside the Big Three, France, Britain and the United States of America, the real victors.

Yet, even if ceremonial, the Indian signature had important consequences. The League of Nations emerged from the Treaty of Versailles in June 1919. Article 1 of the Covenant establishing it provided that any "fully self-governing State, Dominion or Colony" could become its member. India, not self-governing by any standards, only gained admittance to the League on account of being a signatory to the Treaty of Versailles. No other non-self-governing state could so join. This contradictory status was recognized and understood by some of the principal actors who had midwifed India's membership. The secretary of state for India, Edwin Montagu, was to comment, "we have gone - shall I say lightly? - into a series of decisions which puts India so far as international affairs are concerned on a basis wholly inconsistent with the position of a subordinate country."

Full membership of the League for India in 1919 meant in effect the emergence of an international entity - in a sense, this was an achievement of 'external self determination' even when internally India remained the subject of colonial domination. Some pointed directly to an international "political curiosity" - a country having the right to comment on and, theoretically, direct world affairs without the right to govern itself. A prominent international lawyer of the time was to describe this as "an anomaly among anomalies... a striking paradox almost without parallel."

That this international character was in many senses formulaic was evident: Indian delegations to League meetings were nominated, guided and controlled by London; the secretary of state for India remained the channel for correspondence between the League and New Delhi and so on. This diplomatic subjugation was critiqued almost from the very early years of the League, including strongly in India. Many nationalist Indians insisted, quite correctly, that as a member of the League, India was no more than 'His Masters Voice'. Others noted, also with considerable merit, that India's admission to the League, as also other self-governing dominions such as Canada, Australia and so on, was no more than a device for Britain to increase the number of votes its Empire as a whole would command in the League.

Cynicism about the League progressively grew as its deliberations could throw up no real solutions to the expansion of Italy and Japan in search of colonial empires of their own or the determination of Germany to undo the settlement forced on it in Versailles. As the League's failures mounted, they silenced the view that for India an international status had some advantage in itself.

With the passage of time, and a hundred years later, we can take a more rounded view with a more globalist perspective just as we have done with World War I. Acquiring an international identity through membership of the League was a process not devoid of Indian agency. The role of Indian soldiers in many battles in World War I directly paved the way for it. Rising nationalist sentiment in India and the pressure this put the colonial State under were other factors. Membership of the League had practical consequences also as India became a member of multilateral institutions such as the International Labour Organization and the Permanent Court of International Justice. Participation in international conferences added to the bedrock of knowledge of multilateralism that an independent India would later draw on. Multilateralism has institutional consequences also. For example, the birth of the All India Trade Union Congress was directly related to the need to have workers representatives in meetings of the ILO. Indian delegations to the League, although controlled and tightly circumscribed by London, nevertheless, remained a subject of interest for informed opinion in India and pressures built up inevitably that the head of the Indian delegation should be an Indian and not a British-Indian official. From 1929 till the League's last meeting in 1939, this was the practice.

Perhaps as the centenary of the founding in June 1919 of the League approaches, it is useful to relook at this chapter of our diplomatic history and suitably commemorate it also as a milestone in the process of the emergence of our international identity.