Geopolitics and the limitations of epigrams 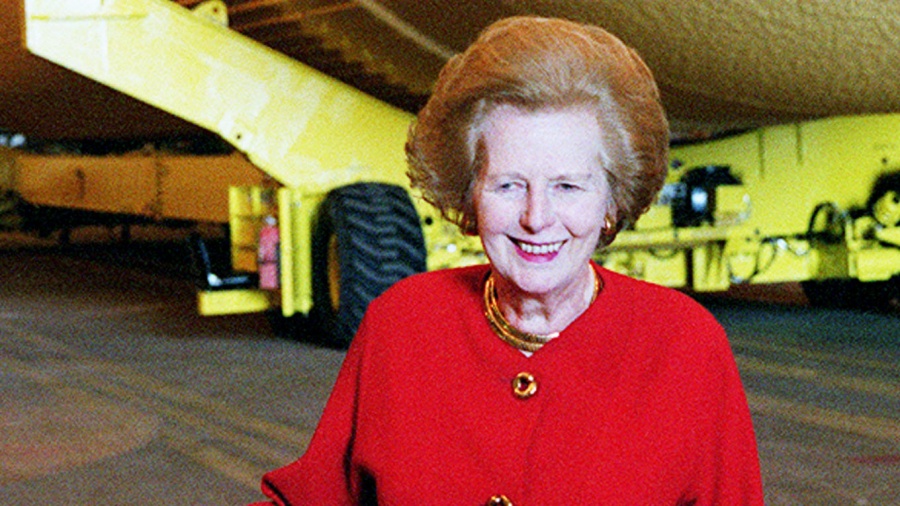 Is there such a thing as national character? Does national character explain how our neighbours behave? Biographies of Margaret Thatcher describe her distinctly mixed feelings as news came in of the fall of the Berlin Wall in late 1989. This was obviously a moment to celebrate — the vindication of all that the West self-professedly stood for. An aide who was with her watching television images of East Germans streaming into West Berlin said her reaction was: “This is wonderful, everything we ever dreamed of, and the people are doing it, not the government.” There was, however, deep misgivings about Germany’s reunification. “My goodness! This is dangerous! We’d better be sure this does not get out of hand.”

Misgivings about a German national character ran deep. Many British intellectuals and public figures through most of the 20th century were strongly influenced by the experience of the two World Wars. Thatcher called together a group of historians in early 1990 to discuss the implications of German unification. A record of that meeting revealed that the deficiencies of the German national character considered in the meeting included “angst, aggressiveness, assertiveness, bullying, egotism, inferiority complex, sentimentality”. The fundamental question asked was whether the Germans had indeed changed?

Those who attended subsequently went on to reveal that the historians present held that the Germans had changed and there was no danger of a Fourth Reich. Germany — that is West Germany — had, after the Second World War, made a real effort to de-Nazify itself through deep-rooted reform of its education system and had become genuinely democratic, recognizing its responsibility for war and genocide.

Distrust of Germany was not just confined to Thatcher. Historians were often the leading protagonists of the view that there was a fundamental flaw in the German national character. Frequently a well-chosen epigram was relied upon as an instrument of analysis rather than detailed, dispassionate study.

Amongst historians, A.J.P. Taylor stands out for popularizing and giving a seeming intellectual depth to the view that there was something in the German character that made for aggression and the will to dominate with disastrous consequences for the rest of Europe. In his view, this national character emerged not out of Germany’s internal development but out of its geopolitics. His views were often greatly simplified and stretched but, master of the epigram that Taylor was, they had huge appeal. Nevertheless for more serious readers and scholars, the inability to see and recognize the possibility of real change in Germany was a serious flaw in Taylor’s scholarship notwithstanding the brilliance of his prose. While these debates about Germany gradually subsided over the 1990s and later, they never really went away and have since resurfaced during the Brexit debate.

In India, for an equally long time, there has been a similar debate with reference to Pakistan and its ‘essential character’. What is it in this western neighbour that has made it such a perennial migraine for India over decades? Does Pakistan’s geopolitical location explain its behaviour? Taylor had written about Germany in the late 19th and early 20th century: “Every German frontier is artificial, therefore impermanent; that is the permanence of German geography” and “The German character was determined by their geopolitical position.” Certainly every western and northern border of Pakistan — whether with Iran, Afghanistan or the border with China through Pakistan-occupied Kashmir — has frictions or ambiguities surrounding it. Then there is the deep-rooted, identity-driven revisionism regarding Kashmir that has kept at bay all efforts to build bridges across the Line of Control. All this has together explained, especially since 1979 and 1989, the cocktail of extremism, terrorism, weak and dysfunctional governance that characterizes Pakistan. In a sense, the most stable external border Pakistan has had anywhere since 1971 has been with India across the much reviled Radcliffe Line. Does this complex geopolitics explain Pakistani behaviour?

And further to the issue of national character is the question of whether a region predominantly defines it. John Acton, Lord Acton, is best known for the aphorism, ‘Power tends to corrupt and absolute power corrupts absolutely.’ His views in the early 20th century on Prussians were, however, also frequently cited: They “could not help being aggressive, and they worshipped the authority that could make them successful aggressors”. Similarly, Voltaire once said, “Where some states have an army, the Prussian army has a state.” Some Pakistan watchers ask if Punjab plays the same role in Pakistan as Prussia did in 19th and early 20th century Germany. What made the analogy credible is that Punjab was the traditional recruiting ground for the British Indian Army. Following Partition, Pakistan found itself with an oversized army. To scholars of Pakistan, it was the army that heralded the change so that “the vision of Pakistan as a homeland [for Muslims] had been supplanted by that of Pakistan as a fortress... ” The army was, in its own estimation, the only possible real guardian of this fortress. Post 1971, following the emergence of Bangladesh, when Punjab was left as Pakistan’s largest province, this vision crystallised and strengthened further.

In time, Pakistan’s experience has led to its own unique set of epigrams about the role of its army, the best known of which is ‘the only well funded, nationwide political party in Pakistan is the Pakistan army.’ The role of the army has meant limitations on the organic evolution of a political and democratic process. Does Pakistan, therefore, resemble Weimar Germany — ‘A democracy without democrats?’ Pakistan’s history, too, would throw up events and situations like the revolutions of 1848 in Europe. This was when, in Taylor’s memorable phrase, “German history reached its turning point and failed to turn.” If the analogy is stretched, the aftermath of 1971 is only one of the different occasions when Pakistan history reached its turning point and did not turn. Amongst others that come to mind include the aftermath of the tragic assassination of Benazir Bhutto in 2007 when Pakistan was expected to turn its back on extremism but did not.

Nevertheless epigrams, for all their appeal, have limitations. Germany and Germans were changing even as Taylor was polishing his epigrams. Both internal and external factors were responsible for this and in the latter the process of European integration played a critical role. Can we, at some stage, expect a combination of internal and external factors to bring about change in Pakistan? Or can it be that its geopolitical location, the Prussia-type stamp of Punjab and, finally, the domination of its army will ensure that inertia will always rule and a Pakistan ‘DNA’ will prevail to trump peace or at least more stable relations? There is no easy answer to this but the German analogy does have some relevance. Howsoever pithy and elegant an epigram may appear in summing up a situation, a process or a prejudice, it is seldom a substitute for rigorous research, hard-headed policy or the monotonous grind of diplomacy.

Inaction on Hitler on Imran lips