Inaction on Hitler on Imran lips 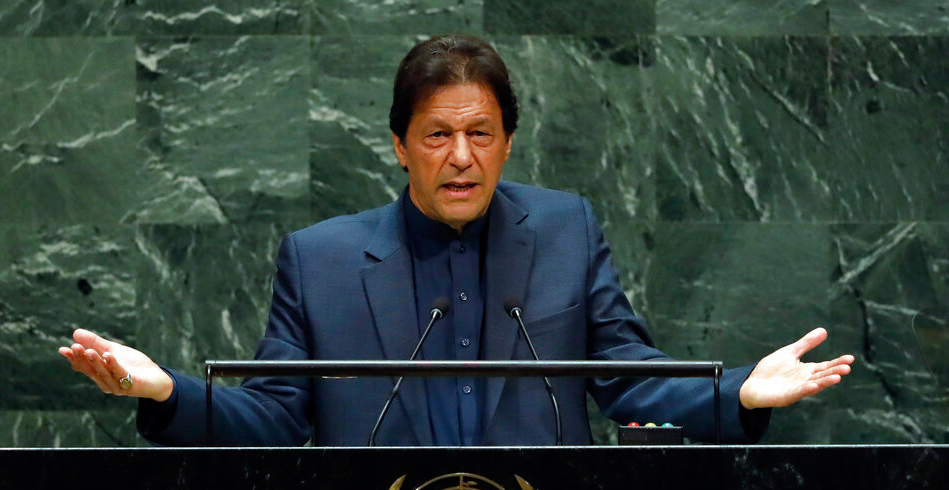 Pakistan Prime Minister Imran Khan on Friday raised the spectre of a nuclear war with India, if pushed to the wall, in his address to the UN General Assembly and appealed to the international community not to abandon the eight million Kashmiris in a repeat of the “Munich Appeasement” of 1938.

Under the Munich Agreement (often referred to as “Appeasement”), England and France had agreed to the cession of the Czechoslovakian region of Sudetenland to Nazi Germany to avoid a war.

“I feel we are back in 1939 Europe,” Imran said. “Are you going to appease a market of 1.3 billion people or are you going to stand up for justice and humanity?”

He painted a bleak picture of what could happen in Kashmir after the restrictions were lifted. Airing fears of a bloodbath given the troop presence, a resultant radicalisation and possible terror attacks, he warned the global community that India would blame a situation of its own making on Pakistan.

“If a conventional war starts, and a country seven times smaller than its neighbour is faced with a choice between surrender and a fight till death for freedom, what will we do? We will fight and when nuclear-armed countries fight to the end, it will have consequences far beyond the borders. This is not a threat but a worry,” Imran said.

India was not surprised by the speech, which was preceded by a sustained campaign by Pakistan to internationalise the post-August 5 Kashmir situation.

Even before Prime Minister Narendra Modi had left India for New York, the foreign ministry had made it clear he would not bring up Kashmir in his address to the UN General Assembly. But if Pakistan raised the matter, they said, India would exercise the right to respond.

Modi’s speech was short --- 18 minutes --- compared with his first UNGA address in 2014 when he spoke for half an hour. He dwelt on his re-election after the largest electoral exercise in the world, the various policies of his government aimed at improving the lot of the poor, and India’s position in the forefront of the battle against climate change despite being a low contributor to global warming.

He identified terrorism as one of the biggest challenges facing the world, underscoring how it strikes at the founding principles of the United Nations.

“For the sake of humanity, the world must unite against terrorism,” Modi said without naming any country.

He then left for some bilateral engagements and was not present when Imran launched his tirade against his Indian counterpart. He dwelt at length on Modi’s RSS moorings and said the organisation had drawn inspiration from Adolf Hitler and Benito Mussolini, evidently hoping that the mention of the two fascists would resonate with the Western world.