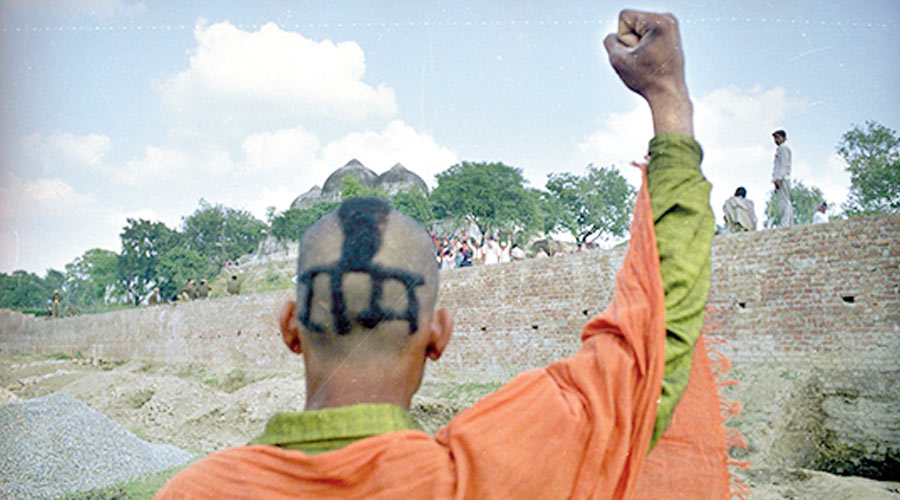 The growing insignificance of Muslim electoral politics is seen as an obvious outcome of the ultimate triumph of the Kamandal politics of Hindutva, especially after the success of the Bharatiya Janata Party in Uttar Pradesh. There is consensus that Mandal politics is completely redundant and, for that reason, the political space for the Muslim electorate is shrinking.

This simple and uncomplicated reading of a contemporary moment of politics is not entirely incorrect. It is true that the discourse of inclusion and social justice has been replaced by an aggressive, Hindutva-driven nationalism in the realm of electoral politics. It is also true that the non-BJP forces do not want to be seen as pro-Muslim parties in order to avoid the tag of appeasement. Yet, the capitulation of Mandal at the hands of Kamandal should not be exaggerated to explain Muslim electoral anxieties.

I use the term, ‘Mandal politics’, for a specific reason. The Mandal Commission (the Second Backward Classes Commission was headed by B.P. Mandal and, thus, came to be known as the Mandal Commission) was instrumental in changing the contours of electoral politics in the early 1990s. Political parties embraced the idea of backwardness as a legitimate template to justify their electoral agenda.

Mandal politics emerged at a time when Hindu nationalism — not Hindutva — had already discovered the Ayodhya issue and the BJP was exploring new electoral possibilities to capitalize on the Babri Masjid-Ram temple dispute. However, the Congress’s dominance had not yet gone and anti-Congressism was still an attractive idea for the Opposition parties. In this highly volatile political context, the National Front government led by the Janata Dal — it was supported by the Left and the BJP — was formed. This coalition was certainly able to keep the Congress out of power. Yet, the internal contradictions of this arrangement exposed the ideological bankruptcy of anti-Congressism.

The demolition of Babri Masjid in 1992 was a watershed moment in this regard. Anti-Congressism was replaced by an equally evasive idea of secularism. The Congress emerged as the leader of the secular camp while the BJP embraced Hindutva as the true form of indigenous nationalism. This new ideological divide produced a more coherent narrative of Indian politics — inclusion and social justice. The interplay between secularism and inclusion actually determined the complex placing of Muslim identity within the politics of social justice.

The Mandal Commission’s report, we must note, was a radical document. It did not refute the question of Muslim marginalization. A formula was offered to identify the backward classes among non-Hindu communities. In a way, a new imagination of caste-based affirmative action for religious minorities, especially for Muslims, was introduced for the first time.

This radical restructuring of the policy discourse had two political implications. First, the inclusion of a few Muslim backward castes in the OBC list legitimized the assertion of the Muslim Pasmanda. This new kind of subaltern politics refuted the given imagination of Muslim homogeneity. Pasmanda groups questioned caste-based social stratification among Muslims and demanded that Muslim Dalits must be included in the scheduled caste category. Second, the presence of Muslims as a religious minority in the social justice framework had a different role to play. To counter the BJP’s communalism in electoral politics, the non-BJP parties called upon Muslims as a political community to protect secularism. An impression was created that Muslims supported Mandal politics only to defeat the BJP’s majoritarianism.

The non-BJP parties, however, followed a very calculative approach towards Muslim communities. They did not show any serious interest in expanding the scope of social justice framework and continued to evoke the age-old critique of Hindu communalism. Although Pasmanda Muslim leaders, such as Ali Anwar Ansari and Ejaz Ali, did become Rajya Sabha MPs, no political party, including the Janata Dal (United) and the Bahujan Samaj Party, directly addressed the issue of Muslim caste as a social justice question.

Four limitations of Mandal politics are crucial in this regard. First, Muslims were seen as the flag-bearer of secularism and their inclusion was defined in rigid conventional terms. CSDS-Lokniti data show that the Muslim voters were not the only group that was mobilized against the BJP as a political constituency in the period between 1996 and 2009. Mandal politics was able to create a winnable configuration of Muslims, OBCs and Dalits against the BJP’s upper caste, Hindu constituency. The success of non-BJP parties was inextricably linked to this wider anti-BJPism. Yet, the media-driven political discourse always described active Muslim participation as one of the reasons behind the political debacles of the BJP, especially in the 2000s.

Second, Mandal politics did not have any serious agenda for social change. In a way, a political-electoral unity of the backward communities was envisaged as a way out to have a truly inclusive society. There was no scope for social reform or societal interaction among different excluded groups in this framework. As a result, an essentialist, sectoral and highly competitive pressure-group-type politics began to destabilize the fragile unity of the backward groups.

Third, there was a strong assumption that OBCs and Dalits would naturally be secular. The BJP was presented as an ideological party of upper caste Hindu manuvadis, as if the purpose of the BJP is to create a theological State — the Hindu rashtra. This line of reasoning was counter-productive. The BJP reformulated its ideological premises in a radical manner, especially after the creation of the National Democratic Alliance. The party provided a new overarching Hindu template to accommodate different caste and communities to nurture its carefully crafted anti-Muslim electoral approach.

Finally, Mandal politics remained completely indifferent to the impact of liberalization and the opening up of the market. The Sachar Committee report is a good example to illustrate this limitation. There is a chapter in this report, which is based on Muslims’ self-assessment of existing socio-economic conditions. A close reading of this chapter shows that a majority of Muslim respondents identify the liberalization of the economy as one of the serious existential issues. Yet, the entire report did not explore/assess the negative impacts of a globalized market on poor Muslims. Instead, a politically-correct narrative of Muslim marginalization is reproduced.

These limitations of Mandal politics need to be seen in relation to the idea of the second democratic upsurge. Yogendra Yadav used this highly innovative and careful conceptualization in the 1990s to evaluate the new patterns of electoral participation. Yadav evokes the term, bahujan, to describe the emerging social coalition of Dalits, adivasis, OBCs and religious minorities. Despite being positive about the Mandal consensus, Yadav remained apprehensive about the placement of the women and the poor in this coalition of backwards. This intellectual anxiety is relevant to understand the attitude of social justice politics towards Muslims. Although Muslims were never excluded from the bahujan framework, at least in the pre-2014 period, their presence was always defined in strategic electoral terms.

The failure of Mandal politics reminds us that the electoral unity between Muslims and other backward social groups would always remain fragile and meaningless if it is not complemented by a deep and interconnected politics of socio-economic transformation at the grass-roots level.