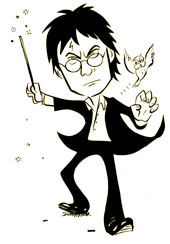 There is something in our Midnight?s Children that makes them stand out. An arm-chair analyst would tell us that the reason lies in their year of birth. If you are born in 1947, you come straddling two disparate worlds ? one, an old legacy of struggle; the other, a new testament of hope.

So, not surprisingly, Brinda Karat ? born October 19, 1947 ? is a child of two worlds as well. She is, to many, a story of struggle and hope. After all, they point out, the first woman politburo member of the Communist Party of India (Marxist) fought her way to the top, and opened up the hitherto all-male bastion to women for all time to come.

But Karat herself has always been squeezed between two worlds for, in many ways, she is a woman of conflicting facets. She is an intensely private person with a strident public face. She is a former Miss Miranda House who is one of the most vocal voices of the women?s movement. And she is a half-Punjabi and half-Bengali when many thought the twain shall never meet.

Karat?s public face is a known one. A former trade unionist, she led the All India Democratic Women?s Association (AIDWA). Seven years ago, she kicked up a furore when she withdrew her name from a panel that was to constitute the party?s all-powerful Central Committee (CC). Karat protested because there were few women in the CC, and none at all in the politburo. Earlier this week, the party made amends. And Karat was ably captured by the media ? a red cap over her head, her trademark red bindi blazing in the heat.

But Karat?s elevation continues to draw people into a huddle. For the former AIDWA secretary general has her admirers ? and her share of detractors within the party. The latter believe that her upper middle-class, urbane background stands out like a sore thumb in a party of the masses. The former insist that her ability to care for people accounts for the support she enjoys among women of all classes.

?Brinda will always stand by you ? in your illness, in a tragedy or in an emotional crisis,? says Indu Agnihotri, who has worked with her for long years on the women?s front. ?And that is possibly why a lot of people are very attached to her,? she says.

For the other school, though, her background will always be a baggage. They point out that Brinda holidays with her sister Radhika and brother-in-law Prannoy Roy ? co-founders of NDTV ? in sunny Goa and hilly Landour. And, more than four decades after she left college, they point out that she was a Miss Miranda House ? though Karat reasons that she was only 15 when she took part in a pageant she later denounced.

Clearly, Karat didn?t quite start out as the essential flower child. In school ? the exclusive Welham Girls? School in Dehradun ? young Brinda Das had a problem with Hindi ? the reason why she had to take up a pass course after her school-finals. But she was a good athlete ? a skill that later helped her get into Miranda House, then ?the? college for women in Delhi.

Karat dabbled in theatre ? acting in plays with the boys of the then all-male St Stephen?s College. Science and technology minister Kapil Sibal, a contemporary, remembers Karat as a ?lively, ebullient and an aboslutely wonderful human being?. An amateur actor himself, he recalls how they acted together in a play called The Mermaid. ?She was the mermaid, and because she couldn?t walk as one, I had a part where I had to hold her,? says Sibal ? admitting that he was quite the toast of St Stephen?s for a while for just that.

Some say that Karat ? fluent in Hindi, English and Bengali ? is still a little theatrical. Many thought that her storming out of a party forum seven years ago was dramatic. But the protest, others point out, worked.

Karat?s supporters stress that she is a street-fighter, not so much impulsive as ready to take action on the spur of a moment. ?She has the ability to respond to an issue at once,? says Agnihotri. ?There is a sense of boldness in her that gives strength to others to act,? she says.

It is difficult to imagine the firebrand leader on the streets, organising women to come out of their home, as the woman who also likes to read her Dick Francises at home, and listen to Motown music. But, clearly, Karat is different things to different people. To her old school lot, she is Binny, the athlete. To her friends of the Seventies, she is Rita, the active campaigner against the Emergency who worked under a pseudonym. To her critics, she is the English-speaking, media-savvy face of the privileged Indian woman.

It was, actually, a campaign for so-called privileged women that drew Karat into politics. She was based in London, working for Air-India, when she started a successful campaign against the mandatory wearing of skirts in the airlines in the mid-Sixties. She was drawn into the students? movement in England, from where she returned home, convinced that she wanted to work for the people of India.

?I came back wanting to know my country,? she later told a friend, who points out that Karat has travelled across India several times over in the last 15 years. ?She is tireless,? says the friend.

Everywhere Karat goes, she carries a notebook with her to jot down all that comes to her notice. A chronicler of her times, some would say. But she writes in public-school English, one lot would complain.