Advertisement
Home / Opinion / A bit too much

A bit too much

The personal is political in Bengal 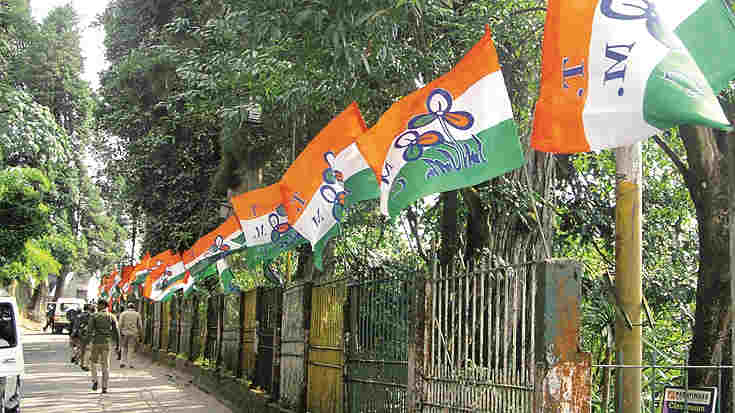 Family spats that spill over into politics and statecraft have been a feature of Indian existence since antiquity. India’s two most celebrated epics, the Ramayana and the Mahabharata, can be read and appreciated at different levels — from captivating stories (including the gripping sub-plots) to the more challenging ethical issues that confront individuals and peoples. However, it is also possible to read the two timeless works as tales of family spats that spill over into the public arena.

Going beyond the intrigues and wars of kings and their courts, the tradition of family disputes spilling over into electoral politics has been a recurring theme of Indian democracy. At the very top of the pile, there was the case of Feroze Gandhi — the husband of Indira Gandhi — becoming a dissident in the Congress led by Jawaharlal Nehru and subsequently training his guns at members of the government. Whether this contributed to the marriage going sour is a matter of conjecture. However, the reality of Indira becoming the official hostess of her father and subsequently becoming a politician in her own right while Feroze did his own thing on the fringes of the power structure was there for everyone to see.

Then there was the mother-son spat in the erstwhile royal family of Gwalior that became a permanent backdrop of politics in the Madhya Bharat region of Madhya Pradesh. Depending on who you speak to, there are divergent perceptions of whether Rajmata Vijaya Raje Scindia was the wronged person — after all, she was viciously persecuted for her association with the Jana Sangh during the Emergency while her son, Madhavrao Scindia, took refuge in Nepal and subsequently entered into an understanding with Indira Gandhi — or was craftily manipulated by the redoubtable Sardar Angre.

All over India, there are similar stories of feuding families attempting to gain an advantage by taking their battles into the political arena. In recent times, it used to be said that there were two distinct political worlds in Odisha. The first was the familiar political war involving the Congress, the Biju Janata Dal and the Bharatiya Janata Party. At the same time, there was a parallel universe centred on the family feud involving the erstwhile royal family of Bolangir. One wing had become leaders of the BJD while the other wing had hitched its stars to the BJP. The whole situation became awkward and, occasionally, quite hilarious when the BJD and the BJP were in alliance between 1998 and 2004.

On the face of it, there is nothing so glamorous or high profile in the breakdown in the marriage of the BJP’s member of parliament from Bishnupur, Saumitra Khan, and his wife, Sujata Mondal. Saumitra, now the president of the West Bengal unit of the BJP’s Yuva Morcha, has been a flamboyant political activist with a penchant for getting into controversies that have a brief life span. His now-estranged wife, Sujata, on the other hand, also developed political ambitions after she conducted the successful election campaign for her husband in 2019 after he was externed from the district by an administrative order. Predictably, she found that her political career invariably hit a roadblock because she was perceived to be an extension of her husband and not as a person in her right. There may have been other, more personal, issues that strained the marriage but those don’t belong in the public arena.

If Sujata felt that her political ambitions could not be accommodated within the BJP and needed an alternative outlet, she was fully entitled to re-explore the prospects of life in the Trinamul Congress. Apart from a minority of cases where political beliefs and ideological conviction have determined behaviour, political activism — and not merely in West Bengal — has been dictated by prospects of personal advancement. To that extent, Sujata was fully entitled to chalk out her own political path, even if it was at variance with that of her husband. That, unfortunately, is not the issue.

What I find strikingly odd is that Sujata leaving the BJP and re-joining the TMC was turned into a political event for the media to devour and gloat over. Undeniably, it was the TMC that fired the first shot by wilfully seeking to convert an innocuous defection from the BJP — Sujata’s only status was that of the wife of a sitting MP of the BJP — into a political event. Her move to the TMC was not presented as a political conversion but highlighted as an instance where the attraction of the chief minister was strong enough to break up a marriage and, possibly, a family. Maybe the TMC aimed to counter the BJP’s suggestion that the ruling party in the state was being crippled by desertions. That was a legitimate political objective. But what was instead conveyed was that the TMC is powerful enough to break up a BJP leader’s marriage in retaliation. In short, the advice to the BJP was couched in dadagiri: don’t mess with us. The veteran parliamentarian, Saugata Roy, may have been disturbed by this unfortunate lowering of the political discourse, but he was a helpless spectator to a cynical ploy that had been choreographed elsewhere.

The issue involved is much more than a public airing of a family disagreement and the possible breakdown of a marriage in real time. What was witnessed on countless Bengali TV channels last Monday afternoon was indicative of the over-politicization of a state and the visceral nature of political competition.

The reality of Bengalis taking their politics a bit too seriously has always been a troubling feature of West Bengal. When politics was insulated to ideas, a safe zone could be maintained between an intellectual or ideological pursuit and electoral politics. Over the years, and more so since the collapse of the socialist edifice in 1990, the pretence of the political world being cerebral has been difficult to maintain. At the same time, political partisanship has permeated every level of society and contaminated every institution. Bengal has internalized the very Marxist dictum that all institutions serve a political end in some way or another. It has even re-packaged the personal-is-political principle in social relations. However, the outward veneer of politics barely conceals its ugly essence.

The over-politicization of institutions began under the Left Front rule when the Communist Party of India (Marxist) began its extension of total control. The worst affected were the centres of intellectual capital such as universities. In these institutions of learning, the CPI(M) felt the need to control everyone, from the humble peon to the vice-chancellor. This overreach triggered a reaction but the TMC attempted to replicate the Left sans the finesse and with the addition of corruption. The overall effect of three decades of Left rule and a decade of Mamata Banerjee’s whimsy has led to a vulgar over-politicization that manifests itself in everything, ranging from the organization of neighbourhood pujas to stand-offs after traffic accidents. Predictably, the Left has been driven to the margins and the TMC’s visibility extends well beyond the scale of its electoral support.

As the slow breeze of change begins to be felt in West Bengal, it is quite apparent that any revival of the state must necessarily involve confrontation with the prevailing culture of politicization. The political class is unwilling to forego this privilege because the process incorporates patronage and favouritism.

This drift to a mindless regime of political control has to stop at some point. What is needed is a process of reversal that involves a conscious political retreat. It is time that depoliticization as a conscious objective finds favour in the electorate.