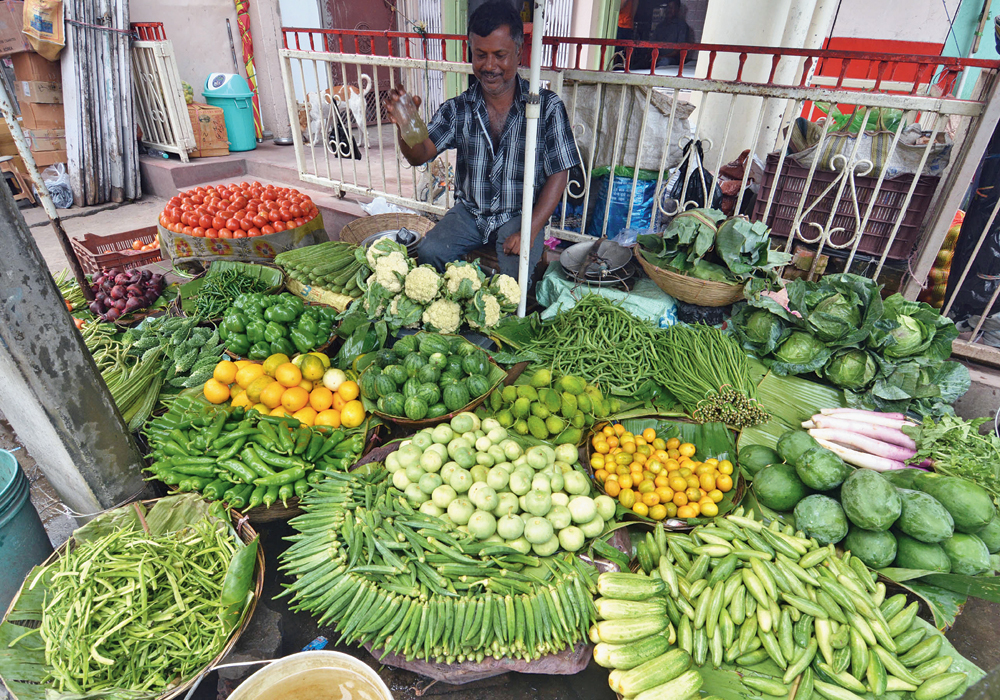 Prices of vegetables are soaring from Silchar to Dhemaji and Tinsukia to Dhubri, owing to disruption in supply caused by the floods that have affected the whole of Assam.

Prices of several vegetables have gone up substantially in Guwahati, with tomato selling for Rs 80, up from Rs 40.

“Vegetables supplied to Guwahati come mainly from Kharupetia, Dalgaon and Barpeta Road. Floods in these places has led to a fall in supply and a rise in prices,” a vendor at Six Mile in Guwahati said.

In most retail vegetable markets in Guwahati, tomato, brinjal and carrot prices have more than doubled.

In Goalpara district, nearly 80 per cent vegetables come from sar areas like Baladmari, Pakhiura and Ujirersar. However, the supply lines have collapsed during the floods fuelling price rise as vegetables are being brought mostly from neighbouring Meghalaya.

The recent wave of floods has seriously affected the supply of local vegetables in Cachar, Karimganj and Hailakandi districts of Barak Valley, which are now mainly dependent on vegetables brought from Meghalaya.

In Upper Assam, 300 vegetable vendors at Mangalbaria Bazar at Doomdooma in Tinsukia district are in despair as buyers are refraining from buying much owing to the exorbitant prices.

Dhemaji and Dibrugarh in Assam and East Siang in Arunachal Pradesh get their supply of vegetables and diary products from Kabochapori, Berachapori and Jampani. The devastation caused by floods in those areas has created a shortage of supplies and fluctuation in prices, a source said.

Restaurants and sweetmeat shops in Dhemaji and Dibrugarh districts are unable to manufacture quality products as flooding in the sandbars, where the people rear cows and buffalos, has led to a fall in milk production. The dairy farmers had to shift their livestock to higher land where there is a lack of feeding areas.