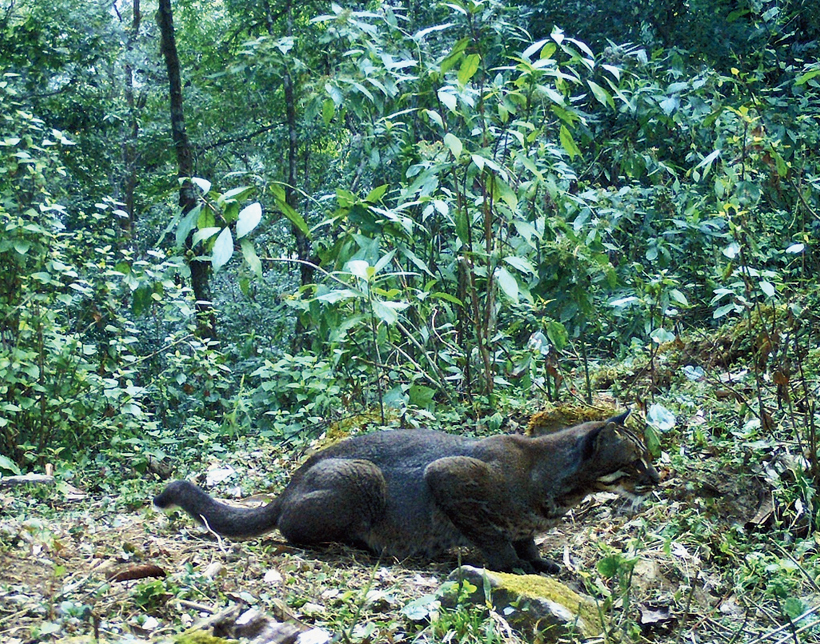 Wildlife researchers have for the first time got confirmed records of marbled cat and Asiatic golden cat from community forests surrounding the Dzükou Valley in Nagaland.

This is important as sightings of these species within India, known from published literature, is largely skewed towards protected areas. There are very few examples from community-owned forests.

The work done by researchers from the Wildlife Conservation Society and Centre for Wildlife Studies in Bangalore and NGO Conservation Initiatives in Guwahati has been published in the current issue of the Journal of Threatened Taxa.

Camera-trap surveys were done between January and May 2018 in villages of Jotsoma, Khonoma, Dzüleke, Benreu, and Khuzama in Nagaland. The traps were placed at locations where initial reconnaissance surveys provided evidence of wildlife use through animal signs such as pug marks, hoof prints, scat and droppings.

These surveys are part of a larger ongoing effort aimed at understanding the distribution of different mammal species in community forests across Nagaland.

Dzükou Valley is a high-elevation grassland ecosystem surrounded by semi-evergreen and evergreen forests and are contiguous with the Puliebadze wildlife sanctuary and Khonoma Nature Conservation and Tragopan Sanctuary in Kohima district, and several other community-managed forests.

Surveys yielded four detections of the two species at four different camera-trap locations, all at an average elevation of approximately 2,000m.

In addition to the sighting of these two species, camera traps detected the presence of other mammal species such as dhole, clouded leopard, leopard cat, Asian black bear, red serow and Indian muntjac.

Previous live records of the marbled cat in Nagaland have only been from Intanki National Park in Peren district while the Asiatic golden cat was recently documented in eastern Nagaland for the first time on the Indo-Myanmar border.

“The marbled cat and golden cat are known for their reclusive nature and require remote forest areas for survival. Community-owned forests around Dzükou Valley within Nagaland provide an excellent habitat for persistence of these elusive species,” Bhavendu Joshi of Wildlife Conservation Society told The Telegraph.

“People from the villages around Dzükou Valley realise the importance of forest and wildlife. Their conservation efforts can be strengthened by knowledge acquired through scientific surveys and can further aid in survival of these species,” he said.

The study says the community forests surrounding Dzükou Valley can become a nodal point for conservation in Nagaland. Researchers involved with the study say concerted efforts from various agencies, including community leaders, scientists, NGOs and government departments, are required for effective long-term conservation in these forests as these forests lack the financial support of protected areas.