Assam CM among four to be invited to Rashtrapati Bhavan 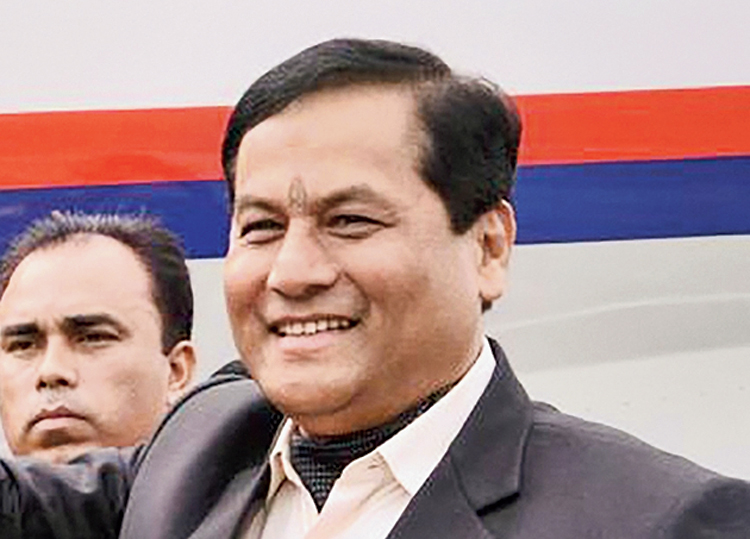 Assam chief minister Sarbananda Sonowal was one of chief ministers invited to dinner with US President Donald Trump at Rashtrapati Bhavan on Tuesday evening.

Four chief ministers and most members of the Union cabinet have been invited to President Ram Nath Kovind’s banquet in honour of Trump and First Lady Melania Trump.

Sonowal was the only chief minister from the Northeast who was invited to the high-profile feast.

Sources said Sonowal, who had earlier received the report of recommendations to implement Clause 6 of the Assam Accord from a high-powered committee, was expected to hand it over to home minister Amit Shah.

Trump sought investments from India Inc while focusing on job creation in the US, sources said.

In a departure from convention, Trump received at the forecourt of Rashtrapati Bhavan both in the morning and evening. As a special gesture, a piano was also played at the banquet.

The menu for the dinner was all-Indian affair.

However, senior Congress leader and former minister Ponnala Lakshminath argued that calling only a few chief ministers for the dinner hosted in the honour of the visiting US President sends wrong signals to the nation.