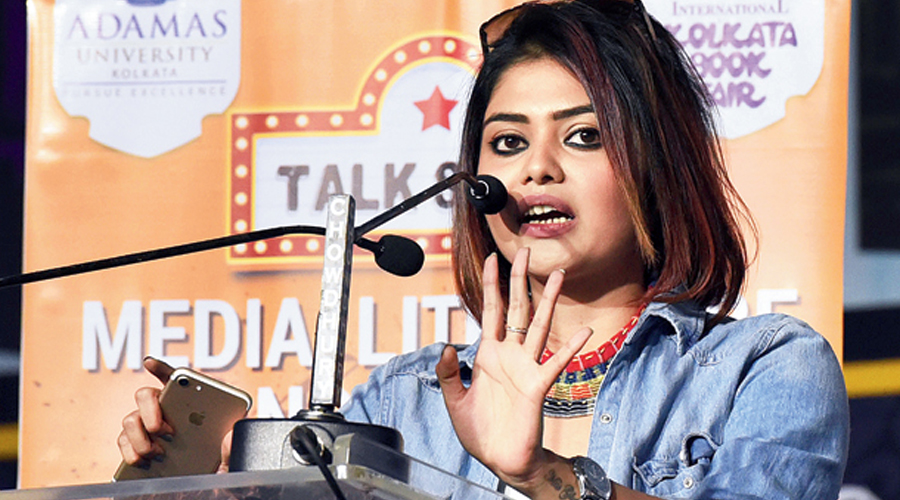 TMC youth leader Saayoni Ghosh, who was arrested on charges of criminal intimidation and attempt to murder, was on Monday granted bail by the court of Additional Chief Judicial Magistrate in West Tripura district.

The West Bengal Trinamool Youth Congress president was on Sunday arrested on charges of criminal intimidation, attempt to murder and promotion of disharmony between groups after she raised the party's khela hobe' (game to be played) slogan to allegedly "disrupt" Tripura CM Biplab Deb's street-corner meeting.

Some people, who were accompanying her, apparently hurled stones at the meeting, according to police sources.

The TMC leadership claimed several party activists came under attack when they had gathered outside the police station, where Ghosh was taken to after arrest.