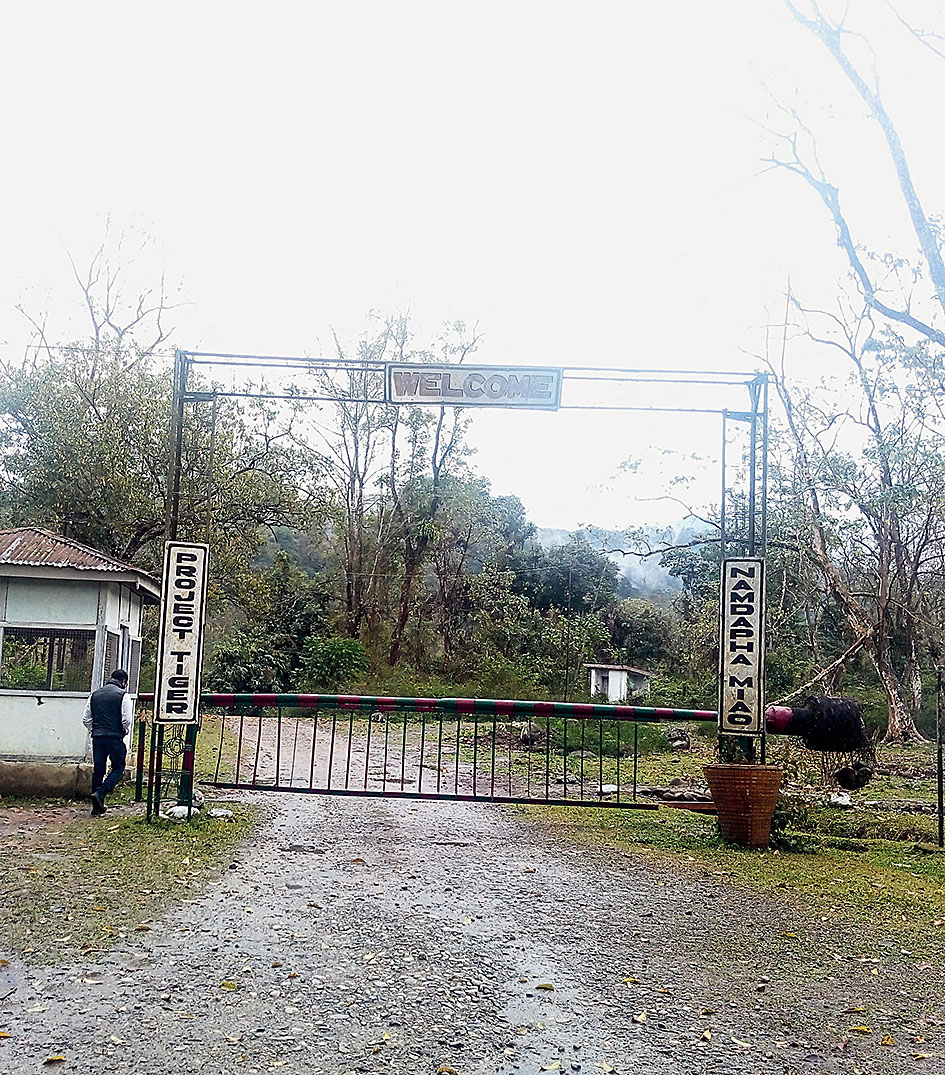 Namdapha National Park in Changlang district of Arunachal Pradesh is facing a massive deforestation threat because of felling of trees by the timber smugglers.

Namdapha National Park is 1,985km (766 square miles) in area and was declared a tiger reserve under Project Tiger scheme in 1983.

Sources said everyday timber smugglers chop down trees in Namdapha and take the logs to saw mills. The smugglers are destroying the forest resources for their own benefit.

The sources also alleged that the timber smugglers are hand-in-glove with the officials of the forest department.

Society for Education and Environmental Development (SEED), an environment NGO, alleged that rampant deforestation has been going on in Namdapha.

“Namdapha National Park has been very rich in forest cover but now due to deforestation it has been losing it richness. We are organising awareness programmes among the local tribes for the conservation of the forest. Community participation is necessary,” said Minom Pertin, the deputy director of SEED.

Namdapha is the third largest national park in India, in terms of area (1,807.02 square km). It is located in the easternmost corner of Arunachal Pradesh.

Sources said trucks loaded with logs were seen coming out of the forest.

Many saw mills have opened in front of the national park under the nose of the district administration.

“Namdapha seems to be either mismanaged or totally ignored considering the problems of accessibility, rampant deforestation, human influx, extraction of forest produce, hunting and a buffer zone concept, which seems to be a total failure,” said a source.

However, illegal settlement inside the park is one of the big issues.

Isaac Kehimkar, an environmentalist from Mumbai and a frequent visitor at Namdapha, said, “From 1993 I am coming to Namdapha, which is known as one of the rich forests in India but it has lost forest cover. The Arunachal government should take adequate steps to conserve the national park. I loved this place because I love butterflies and many rare species of butterflies are found here.”

Namdapha, being part of the India-Myanmar biodiversity hotspot, is supposedly the only park in the world to harbour four species of large cats — tigers, snow leopards, clouded leopards and leopards.

“Namdapha is a tiger reserve under Project Tiger but now it seems that due to utter neglect by the forest department it is losing its beauty. Many tribes in Arunachal are dependent on forest but the conservation of forest is also necessary,” a source said.

Changlang deputy commissioner R.K Sharma said, “I am not aware of the issue because it is run by an independent body. I cannot comment on the issue.”

Despite several attempts, the field director of Namdapha tiger reserve, Miao, Tapek Riba, could not contacted.