Nine passengers of the autorickshaw died on the spot, while one succumbed to the injuries at a hospital, the truck driver fled the spot with the vehicle 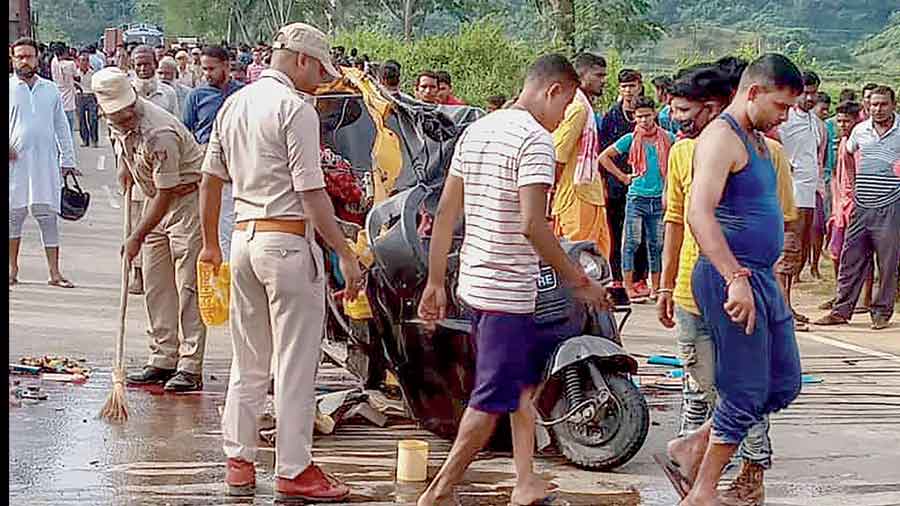 Ten people, including two children, were killed in a head-on collision between a cement-laden truck and an autorickshaw while returning from Chhath Puja celebrations in Assam’s Karimganj district on Thursday, police said.

The accident took place on the Assam-Tripura highway at Baithakhal in Patharkandi area.

Nine passengers of the autorickshaw died on the spot, while one succumbed to the injuries at a hospital, a police officer said.

The auto driver died in the accident while the truck driver fled the spot with the vehicle, the police officer said, adding that a manhunt has been launched to nab him.

Local residents blocked the highway and demanded the immediate arrest of the driver.

A huge police contingent has been rushed to the spot.

Assam chief minister Himanta Biswa Sarma expressed deep grief over the accident and announced an ex gratia amount of Rs 1 lakh each to the next of the kin of the deceased.

The chief minister also directed the district administration to extend all possible help to the family members of the deceased in their hour of grief, a spokesperson for the chief minister’s office said.