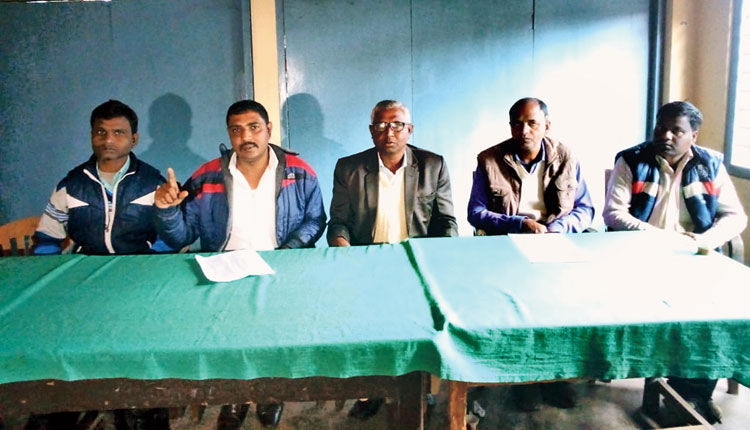 Activists of the Assam Tea Tribes Students’ Association (ATTSA) and the Assam Chah Mazdoor Sangha’s Titabar branch slammed Jorhat police for “not taking action against the nexus between officials of the excise department and molasses traders”.

Both the organisations will stage a protest here on Saturday against the “lackadaisical” attitude of the police.

The Jorhat superintendent of police has been criticised for not conducting a thorough investigation into the hooch tragedy in which 62 people, mostly belonging to the tea community here, died after consuming spurious liquor made from molasses. No arrest has been made in this connection so far.

Guwala said it is well known that hooch is manufactured with molasses and hooch makers bring the molasses from Jorhat.

Altogether 155 people died in Jorhat and Golaghat, while six persons lost their vision after consuming the toxic liquor.

The activists alleged that the police have conducted raids in the interior areas but liquor dens in the urban areas are still functioning.

“How could these dens operate so close to the police station?” an activist asked.

Jorhat deputy commissioner Roshni Aparanji Korati recently directed Titabar circle officer Mitali Lahon to conduct an inquiry into the deaths of those belonged to Borholla tea estate and at Rajabari under Titabar subdivision in Jorhat.

The Jorhat deputy commissioner conducted a surprise raid at the godowns owned by the accused.

A team, including the circle officer and the excise department officials, inspected the godowns.

A case has been registered against the four businessmen by Jorhat police.