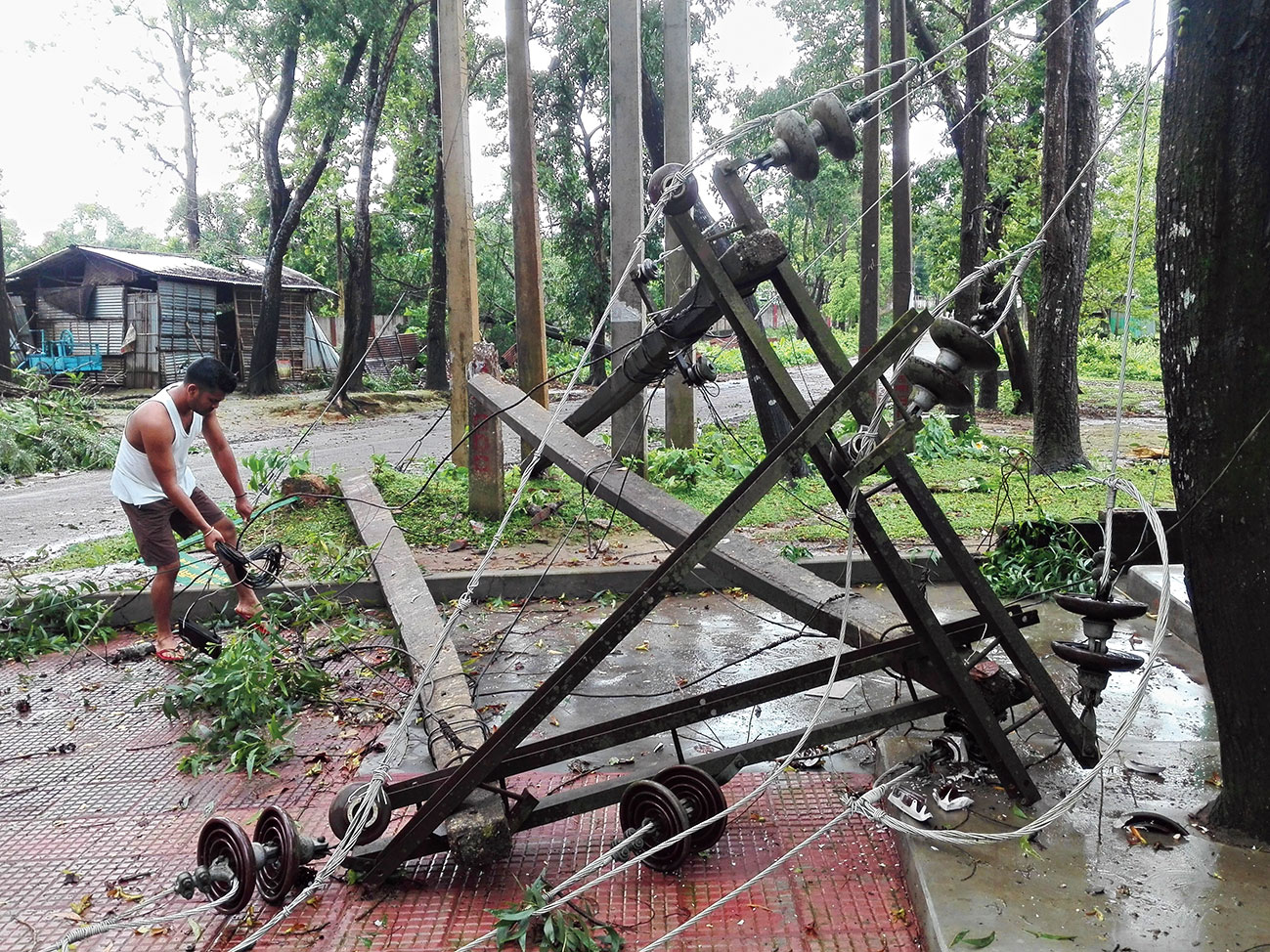 A cyclonic storm left a trail of destruction across Goalpara district in lower Assam on Friday night.

Besides Goalpara town, Khara Medhipara village under Dudhnoi revenue circle was the worst affected area. Hundreds of displaced families spent the night on the road because of the storm.

“Hundreds of huts were damaged and elephants and other animals came out of the forests to take shelter in villages,” said local resident Arup Roy.

Additional deputy commissioner and in-charge of the district disaster management department Ashraful Aamin said, “We have a report from the Dudhnoi circle office that nearly 220 families have been severely affected by the storm.”

The electricity department suffered largescale damage. More than 10 power poles were uprooted and wires were torn in Bamunpara, Bhatipara, Bhalukdubi, Bapujinagar and Colony No. 2.

The bamboo-made residential quarters of the Central Reserve Police Force (CRPF) jawans here also faced the storm’s fury. Entrance to the CRPF headquarters and toilets were blocked as trees fell in front of them.

Goalpara town suffered total blackout on Saturday night as there were no electricity for past 24 hours, except in hospitals and a few other important places, total darkness surrounded the town.