IAF to felicitate AN-32 hunt helpers 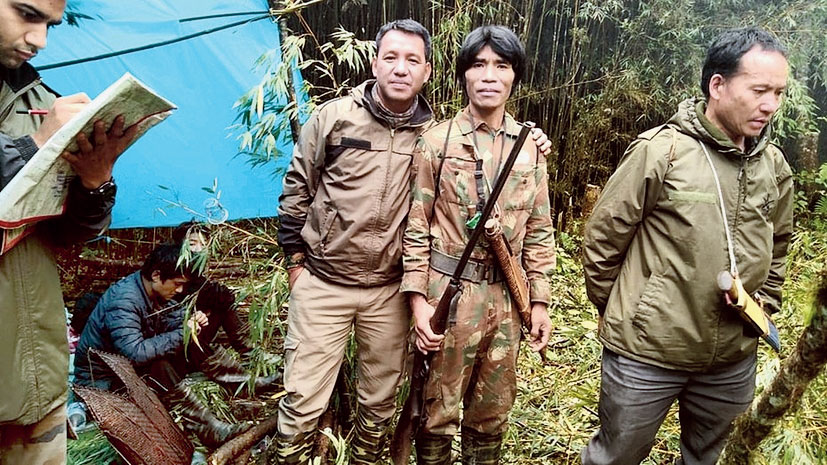 Acknowledging the contributions made by the Arunachal Pradesh government and civilians in the search-and-rescue operation for the Indian Air Force AN-32 aircraft that had gone missing for more than a week in June, the IAF will felicitate all those who were “directly or indirectly” involved in the operation.

The felicitation programme will take place at the advanced landing ground in Aalo, the district headquarters of West Siang on Tuesday.

This has been communicated to the state’s chief secretary Naresh Kumar and Siang deputy commissioner Rajiv Takuk in separate letters by Air Marshal Sandeep Singh.

Singh, in his letter, while extending the IAF’s gratitude to governor B.D. Mishra, chief minster Pema Khandu and the government of Arunachal Pradesh for extending assistance in the search and rescue operation wrote, “The IAF is indeed indebted to the state administration and all personnel who were directly or indirectly involved in the operations of recovering the mortal remains along with the black box and personal belongings of the crew on board. The Air Officer Commanding-in-Chief, Eastern Air Command, would like to acknowledge these valiant efforts by felicitating the identified persons with certificates of commendation and appreciation along with disbursement of Rs 5 lakh which was announced as cash awards towards any help in locating the crash site.”

The letter to Taluk also mentions the breakdown of the awards disbursement.

According to the communiqué, the IAF would hand over Rs 1 lakh out of the total amount of Rs 5 lakh to Taluk while Everester Taka Tamut, who played a major role in the rescue operation, would be felicitated with a commendation certificate, a medal and Rs 35,000.

Tadut Tachung, a local of Payum village who provided the primary output of the missing plane, will be handed over a certificate of appreciation and Rs 1.5 lakh.

The awards and commendation certificates will be given away by the Air Officer Commanding-in-Chief, Eastern Air Command.

The Russian AN-32 aircraft had gone missing 33 minutes after takeoff from Assam’s Jorhat on June 3. It was headed to Mechuka in Shi-Yomi district.

A massive search and rescue operation was launched for the aircraft and its 13 passengers. It was only after eight days that the aircraft’s wreckage was found and the process of retrieving the bodies started.