'Privatisation' of two black panthers kicks up storm in Guwahati 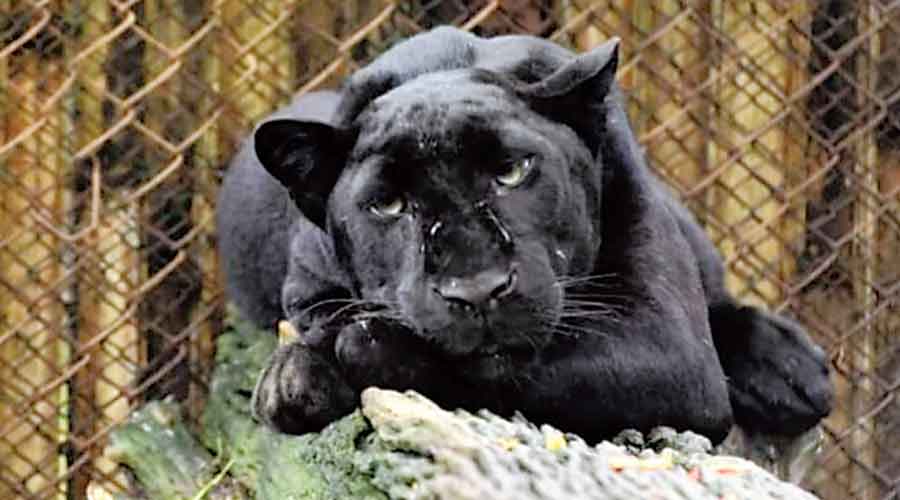 Prime Minister Narendra Modi may be pooh-poohing the farmers’ movement but one fallout is apparent: it’s open season on anything to do with privatisation and Reliance.

The purported “privatisation” of two black panthers has kicked up a storm in Guwahati with activists smelling a rat in the transfer of the pair from the state-run zoo in Assam to a zoological park coming up on Reliance premises at Jamnagar in Gujarat.

To be spread over 280 acres, the Greens Zoological Rescue and Rehabilitation Kingdom in Jamnagar is projected to become one of the world’s biggest zoos housing over 100 species of animals and birds from India and the rest of the world. Media reports have described it as a “pet project” of Anant Ambani, youngest son of Reliance Industries chairman Mukesh Ambani.

The Assam State Zoo has said no law was broken and the transfer was part of an exchange programme under which the Northeast facility will get zebras from Israel, apparently with the help of the Reliance zoo. Besides, the Guwahati zoo officials have underlined, the Reliance park had been sanctioned by the Central Zoo Authority (CZA) and the transfer of the panthers was also approved by the authority.

But such is the mistrust swirling around privatisation that activists of the Chiriakhana Suraksha Mancha in Guwahati are not convinced by the official explanation.

Reservations against privatisation have always been latent in India because of the socialist roots of many politicians in the latter half of the last century, although the misgivings had ebbed somewhat after Manmohan Singh’s reforms. But the farmers’ prolonged resistance and the ham-handed manner in which the Modi government has tried to break up the movement have resurrected the misgivings and fears associated with privatisation.

“According to the Central Zoo Authority rules, exchange can take place only between government zoos and not between a government and a private zoo. We want the panthers to be brought back. We cannot allow our resources to be handed to any private party,” said Rajkumar Baishya, general secretary of the Mancha, on Sunday.

Around 100 protesters from the Mancha gathered with placards in front of the zoo, denouncing the transfer and general mismanagement.

The Mancha was formed in 2017 to ensure the well-being of the Assam state zoo.

“We decided to stage the protest to highlight the irregularities taking place inside the zoo and also the transfer of the two black panthers in gross violation of rules,” Baishya added.

The Opposition Congress in Assam, too, had condemned the “hush-hush” transfer of the black panthers amid the pandemic. The Congress’s media department chairperson in Assam, Bobbeeta Sharma, demanded a high-level inquiry.

The pair of black panthers were relocated to the Reliance zoo under an exchange programme in January with the necessary approval of the CZA in November, Tejas Mariswamy, the divisional forest officer looking after the Guwahati zoo, told The Telegraph.

In exchange, the Assam State Zoo-cum-Botanical Garden will receive two pairs of zebras from Israel with the help of the Reliance-run zoo sometime after April.

The Guwahati zoo is the only breeding centre for black panthers in the country. So, the demand for the animal is quite high here. A black panther each was earlier relocated to Mysore and Ranchi in exchange for an ostrich and a giraffe, respectively, Mariswamy said.

He said exchange was permitted between government and private zoos and also foreign zoos, most of which are private, after approval from the CZA.

“The panthers are not coming back. We can acquire animals for conservation breeding or for display, depending on the need. We have brought in so many animals and birds from other zoos. We are also acquiring zebras. Animal exchange between zoos is part of their scientific management protocol. Without animal exchange, there will be inbreeding and over-population, which is not good for the zoo,” Mariswamy said.