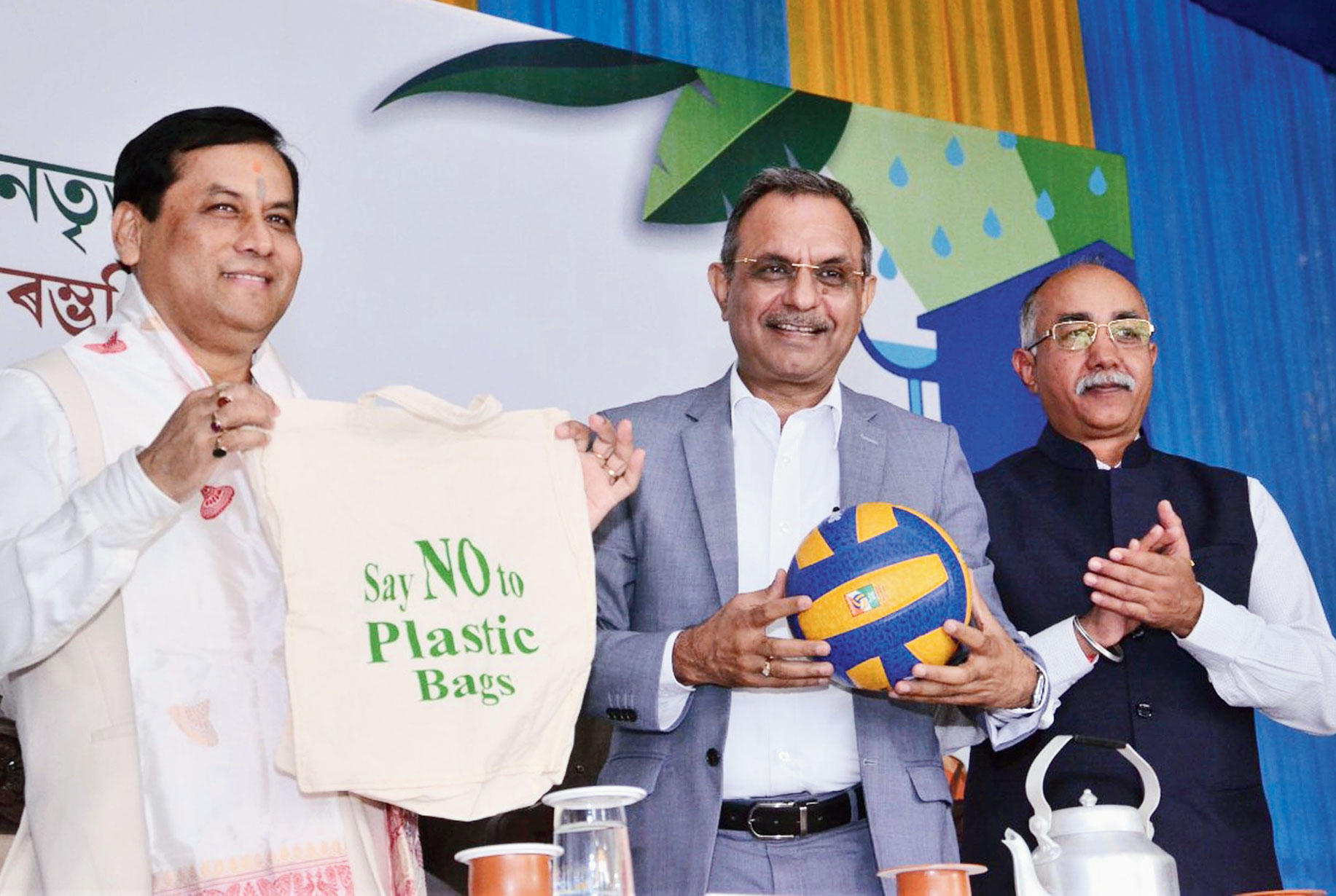 Former volleyball players in Assam are on a Assam Volleyball Mission 100 to make the villages plastic-free through sports.

Young volleyball players were engaged to clean their localities along with their game.

“Sports has always been an easy medium to attract the youths and also it can be used to bring a change. We started with a Facebook page called Assam Volleyball Mission 100. We initially wanted to target 100 villages with a ball each and when the village youths join in playing volleyball, they would also engage themselves in cleaning up the neighbourhood. That’s the beginning,” Bhattacharya told The Telegraph.

Later, the MyGov Assam came forward to help the cause of cleaning up the villages through volleyball and ONGC also chipped in for the noble initiative. MyGov was already on a mission to clean up the villages and with the addition of volleyball it became the Clean, Green and Fit Village campaign.

He urged the people of the state to make the campaign successful so that Mahatma Gandhi’s vision of a clean and green India could be realised.

Prime Minister Narendra Modi had launched the Swachh Bharat Abhiyan in his first Independence Day speech in 2014 to make India clean and green by 2019, synchronising it with the 150th birth anniversary of Gandhiji, he said.

Highlighting campaigns such as Say No to Plastic, Fit India Movement, Jal Jeevan Mission for water conservation and International Yoga Day among others, Sonowal said the Prime Minister had been making efforts to bring holistic development to the lives of the people through mental and physical fitness.

Saying that cleanliness is next to godliness, he elaborated the importance of maintaining cleanliness and protecting the environment through sincere efforts.

The Clean and Green Village initiative of MyGov Assam was being successfully implemented with the support of various NGOs.

The concept of Fit Village encourages children from the villages to play volleyball and stay fit.

Initially 115 villages have been selected for the campaign where ONGC, as part of its CSR initiative, will provide 115 volleyballs with nets, 100 jute bags and five bamboo dustbins per village where the single-use plastic would be kept.

The youth, apart from playing volleyball, will also take part in picking up single-use plastic items in their villages which will be collected and sent for recycling.

Bhattacharya thanked the state government for entrusting Assam volleyball with the campaign and he committed to produce quality players from the state.