Advertisement
Home / North-east / Out of sight Sharmila out of mind? Party says no

Out of sight Sharmila out of mind? Party says no

Irom Sharmila known as the Iron Lady, had contested in the 2017 Manipur Assembly election, getting only 90 votes 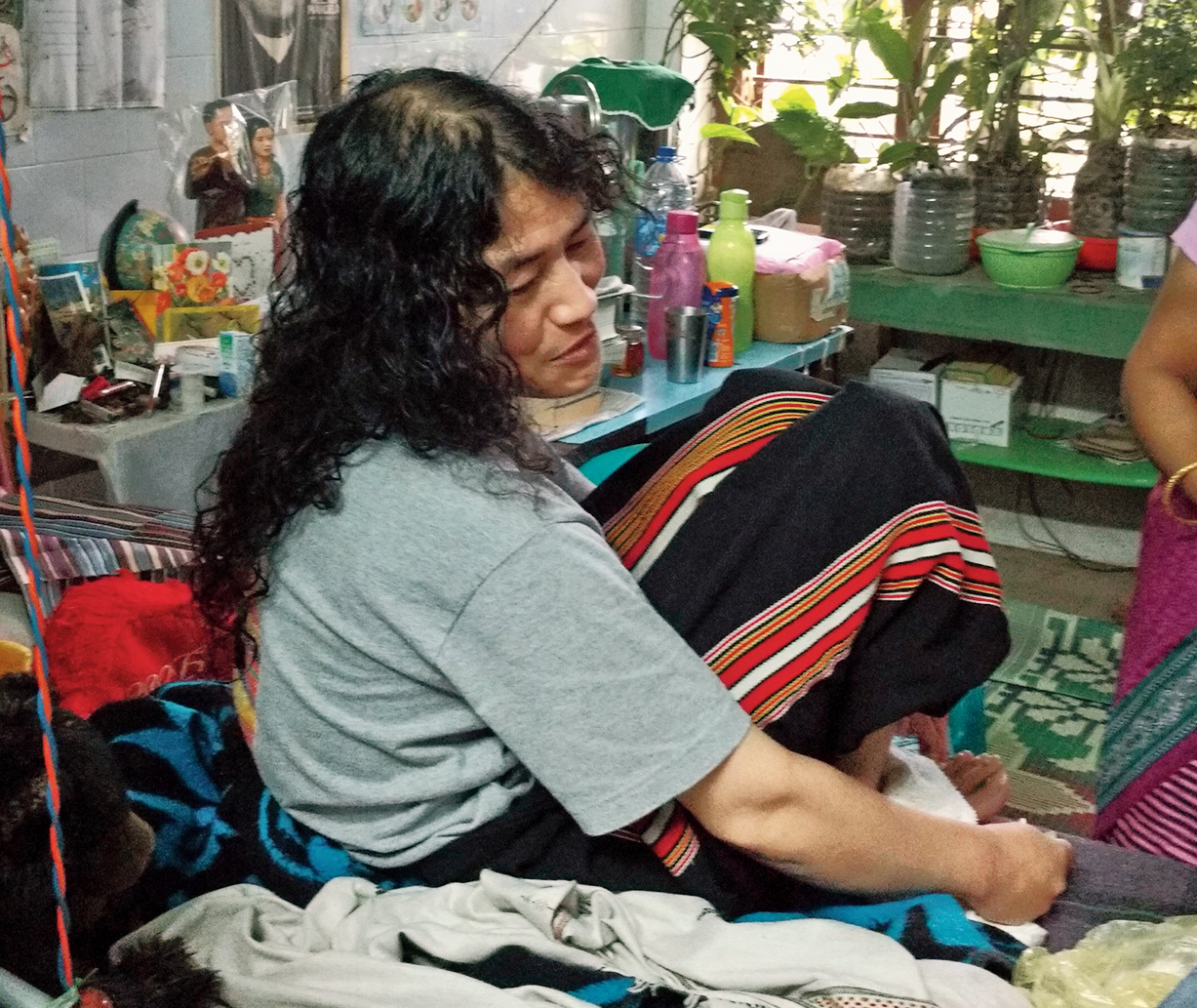 Manipur’s Peoples’ Resurgence and Justice Alliance (PRJA), founded by Irom Chanu Sharmila in 2016, still remembers her contribution to the state.

“Sharmila and her 16 years of struggle against the Armed Forces (Special Powers) Act (AFSPA) will never be forgotten even though she isn’t fighting the election today. History will vindicate her. It will be her achievement when the army act is repealed one day,” PRJA’s Erando Leichombam told The Telegraph.

She was shocked when she got only 90 votes.

On the day the Assembly election result was announced, Sharmila declared that she would never contest elections again. Soon after she left Manipur.

She got married to Desmond Coutinho in Tamil Nadu on August 17, 2017.

“Sharmila is not forgotten. She may have simply got fed up with peoples’ response and moved on,” human rights activist Kshetrimayum Onil said.

Sharmila, 47, known as the Iron Lady, began her hunger strike against the army act on November 5, 2000, and continued till August 9, 2016. She has been called “the world’s longest striker” for her refusal to consume food and water.

On the day she ended her strike, Sharmila said she would contest in the state Assembly elections. According to her, the objective of her fast and entering politics was to fight for removal of the army act.

The AFSPA, enacted by Parliament in 1958, is back in the news following a ministry of home affairs’ notification withdrawing the act from areas under four police stations in Arunachal Pradesh. Soon after, the Congress promised in its manifesto to review the army act in Jammu and Kashmir.

“Sharmila has done a lot. She has achieved her goal. Her effort has been recognised by the people all over the world. She was an important person in the journey of struggle for human rights. She will always be remembered,” Onil said.

“Some people may say Sharmila failed us. I want to ask whether it was us who failed her,” Erando said.

Her sacrifices for such a long time is a debt which cannot be repaid, he said.

PRJA is a party that stands against any injustice and for people who sacrificed for Manipur, Erando said.

“This time we have not fielded any candidate. We have decided to support M. Nara of the CPI who promises to table a bill in Parliament to repeal AFSPA. He also made a commitment to table a constitution amendment bill for safeguarding the indigenous people,” Erando said.

BJP and its allies rule Manipur. It has two Lok Sabha seats — Inner Manipur which goes to polls on April 11 and Outer Manipur where polls are scheduled for April 18.

AFSPA was imposed in Manipur in 1980 with the declaration of Manipur as a “disturbed area”. It was withdrawn from seven Assembly segments of Manipur in 2004 during the Congress government led by Okram Ibobi Singh.

The issue of AFSPA is a long pending one. The act can be withdrawn by a cabinet decision, Erando said.

PRJA is focusing on the 2022 Assembly elections, he said.

For them, Sharmila is not a case of out of sight, out of mind. One cannot but agree.