The protesters were demanding the non-construction of a road by Oil India Limited at Naoholia, Dibrugarh 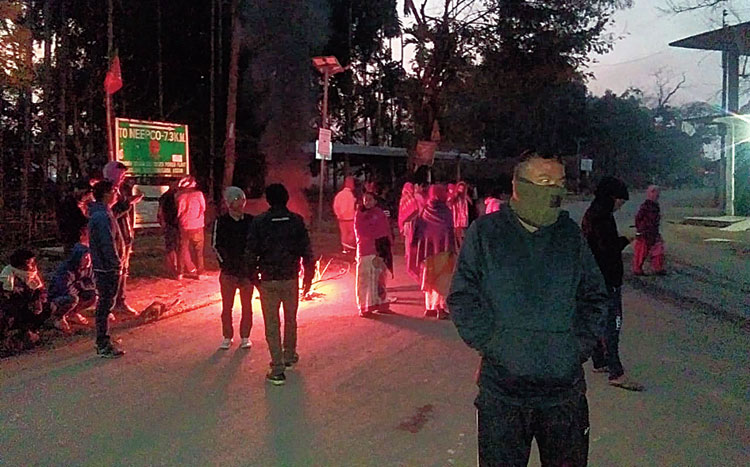 Local residents, including women, also blocked the entry of OIL employees into the office. They also did not allow any company vehicle to operate in the area.

President of the Duliajan unit of All Assam Gorkha Students’ Union, Ratna Thapa, said, “We have been demanding a 1.5km road from Rangajan Pattiline to OIL wells 201, 202 and 203 for the last few years. But the OIL authority has not responded so far.”

He said a meeting was held at the OIL office on Tuesday on this issue but the matter was ignored. “So we were compelled to take this step against OIL,” he said.

Tengakhat revenue circle officer Asutosh Deka reached the site and gave assurance to protesters to discuss the matter on February 22.

Thapa said they temporarily deferred their blockade around noon after an invitation for a tripartite meeting from OIL general manager (public affairs) S.K. Chakraborty on February 22 along with state government officials and organisations on the issue.