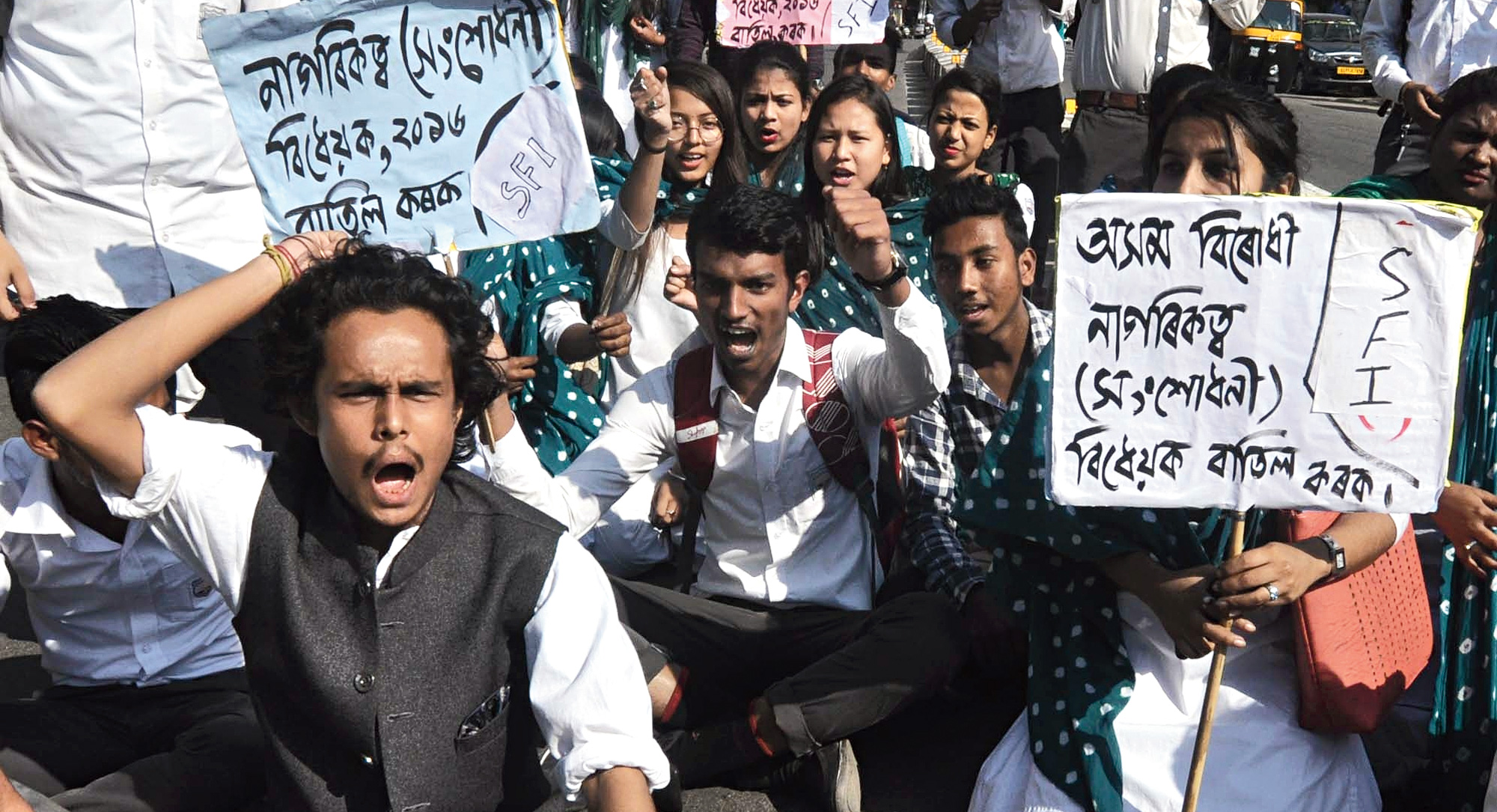 The North East Students’ Organisation (Neso), the umbrella body of all major students’ associations of the region, will take legal steps if all efforts to block the Citizenship (Amendment) Bill, 2019, in the Rajya Sabha, fail.

Neso delegates are meeting leaders of the regional and national parties, including NDA allies, to convince them to oppose the bill which was passed in the Lok Sabha last month.

“It is a national issue. Citizenship is a national problem. So we are trying to get the support of all parties. We are meeting leaders of all the regional and national parties,” Neso adviser Samujjal Bhattacharjya told The Telegraph from New Delhi on Tuesday.

Apart from meeting National People’s Party (NPP) president and Meghalaya chief minister Conrad K. Sangma, the Neso delegates have met several leaders of other parties, including the JDU and Akali Dal, on Tuesday.

“We thank Meghalaya chief minister Conrad Sangma for leading the way for the well-being of people in the Northeast. He has taken a strong stand to protect their interests. We are now joining hands to make our point much stronger. We are meeting all leaders continuously,” Bhattacharjya said.

“We have warned the Centre in a very strong way that they should not try to impose the bill forcefully on us. We will continue our democratic agitations. We will take legal initiatives step by step,” he added.

“People of the Northeast are surviving because of continuous agitations. We have to organise agitations to get our rights every time. Otherwise the Centre does not listen to us.”

Though the bill was not tabled in the Rajya Sabha on Tuesday, the students’ organisations have warned the Centre not to impose the bill on the people.

The bill, which has witnessed mass opposition in the Northeast, endorses citizenship for persons belonging to Hindu, Sikh, Buddhist, Jain, Parsi and Christian communities from Afghanistan, Bangladesh and Pakistan who entered India before December 31, 2014, following religious persecution.