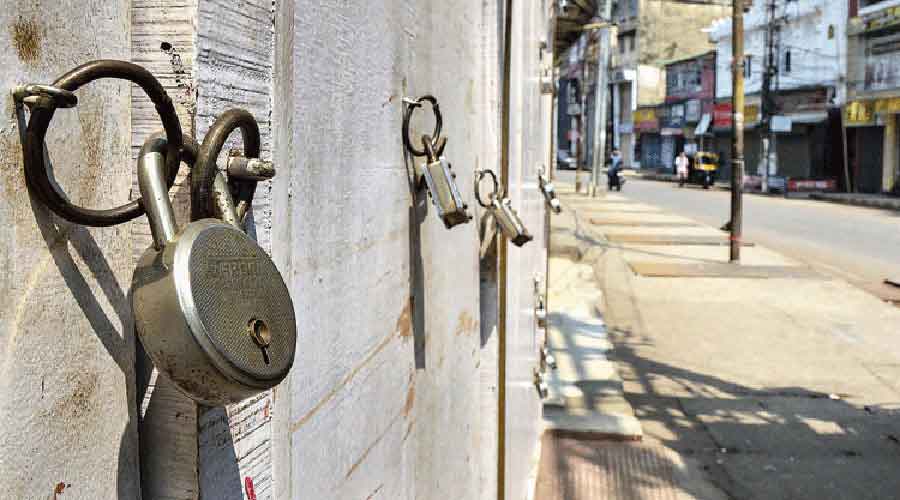 Educational institutions and hospitals were exempted from the non-cooperation call but it will take some time for the situation to return to normal as the five groups have decided to continue seeking justice for the deceased and security for those living in the border areas.
Representational picture
Umanand Jaiswal   |   Guwahati   |   Published 26.11.22, 02:49 AM

The functioning of government offices in Meghalaya was affected on Friday owing to the “non-cooperation day” called by the five pressure groups seeking the arrest of those involved in the Mukroh firing incident in which six persons were killed on Tuesday morning.

Most government offices across the state wore a deserted look or had thin attendance owing to the call given by the Federation of Khasi Jaintia and Garo People (FKJGP), Khasi Students’ Union (KSU), Hynniewtrep National Youth Front (HNYF), Ri Bhoi Youth Federation (RBYF) and Jaintia Students’ Union (JSU) to protest against the deaths.

“Tension sparked off by Thursday evening’s arson and attack on passers-by and cops by unidentified persons after the candle-light vigil in Shillong following a sit-in organised by these five organisations ensured most business establishments kept their shutters down to avoid any untoward incident,” a Shillong resident said.

Educational institutions and hospitals were exempted from the non-cooperation call but it will take some time for the situation to return to normal as the five groups have decided to continue seeking justice for the deceased and security for those living in the border areas. No untoward incident was reported on Friday.

FKJGP vice-president Kitboklang Nongphlang told The Telegraph that the five groups would meet next week to decide their future course of action and continue with their peaceful agitation till their two demands are met — the arrest of those involved in the Mukroh firing and the setting up of a police outpost or a police station in Mukroh.

The firing had left five persons from Meghalaya and one forest guard from Assam dead.

While Meghalaya chief minister has attributed the incident to “unprovoked firing” inside his state (Mukroh village under West Jaintia Hills), his Assam counterpart Himanta Biswa Sarma has said that the incident took place within his state (Mukroh village under West Karbi Anglong district)  following  a “clash” between the people of Meghalaya and forest protection force personnel.

Assam and Meghalaya share an 884.9km border on which there are 12 disputed areas.

Nongphlang said the non-cooperation movement had hit offices that he said was a reflection of the government employees’ “support” to their twin demands.

“Ninety per cent of office work was affected in the state. There was bandh in Jaintia Hills followed by a candle-light vigil in the evening. There was a two-hour non-cooperation in offices of Garo Hills. This shows that the government staffers agree with our demands and express solidarity with those who have suffered in the firing,” he said.

FKJGP vice-president said the Conrad Sangma-led NPP state government was trying to “wash its hands off its responsibility with polls round the corner”.

Meghalaya goes to the polls early next year.

“The government is shirking its responsibility, buying time by demanding CBI or NHRC probe. What is it doing on its own about an incident that happened in our territory and innocents died? We want the arrest of those involved and the setting up of a police outpost/station in the affected area,” he said.

Both states have taken a slew of steps to ensure order in wake of the incident. The situation in Shillong was “tense but under control”  following the incidents of violence after the candle-light vigil on Thursday.