Monsoon set to withdraw from Northeast

The monsoon will linger beyond October 15, the date by which it normally withdraws from the state 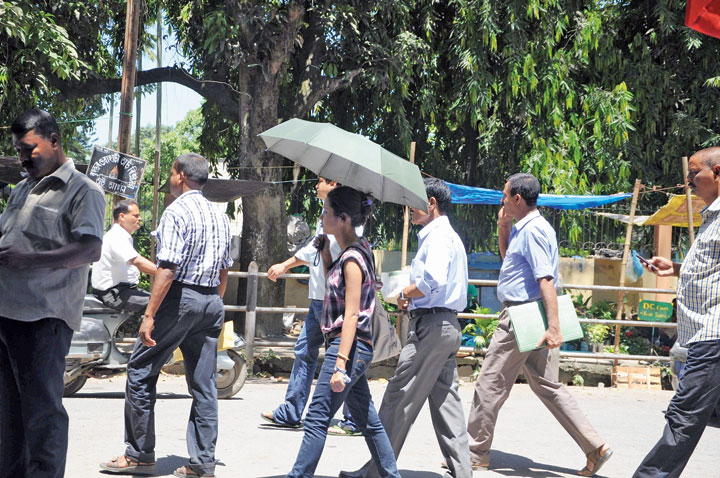 The Met department on Sunday said the monsoon will withdraw from Assam and the rest of the Northeast within a couple of days.

“Conditions are becoming favourable for further withdrawal of southwest monsoon from most parts of east and central India, some parts of Northeast India, some more parts of west India, remaining parts of north Arabian Sea and some parts of central Arabian Sea during the next two days,” said Sanjay O’Neill Shaw, deputy director-general of meteorology, Regional Meteorological Centre.

Reversal of surface and low-level winds from westerly to easterly has commenced over the southeastern parts of peninsular India during the past 24 hours and the easterly wind is likely to strengthen during the next few days.

The monsoon will linger beyond October 15, the date by which it normally withdraws from the Northeast.

“With the gradual withdrawal of southwest monsoon over the northern and central parts of India, conditions are becoming favourable for commencement of northeast monsoon around October 17,” Shaw said.

“Three factors indicate the withdrawal of monsoon: reduction in moisture as seen in the water vapour imageries, prevalence of dry weather for five days and a change in direction of the flow of wind,” Shaw said.

It did not rain on Friday and Saturday and the denizens were greeted by bright sunshine. The moisture content in the air has “decreased reasonably” and people are not sweating like they had been a few days ago.

The minimum relative humidity, a measure of moisture in the air in the daytime, has decreased from above 80 per cent, barely two days ago, to 69 per cent on Sunday.

“In view of the persistence of an anti-cyclonic circulation in the lower tropospheric level over northwest India, gradual reduction in moisture in the lower and mid-tropospheric levels and reduction in rainfall, southwest monsoon has withdrawn from some parts of Punjab, Haryana and north Rajasthan on October 9, 2019, as against the normal date of September 1. The most delayed withdrawal in the past years was recorded in 1961 (October 1, 1961), followed by September 30 in 2007,” said an IMD statement.