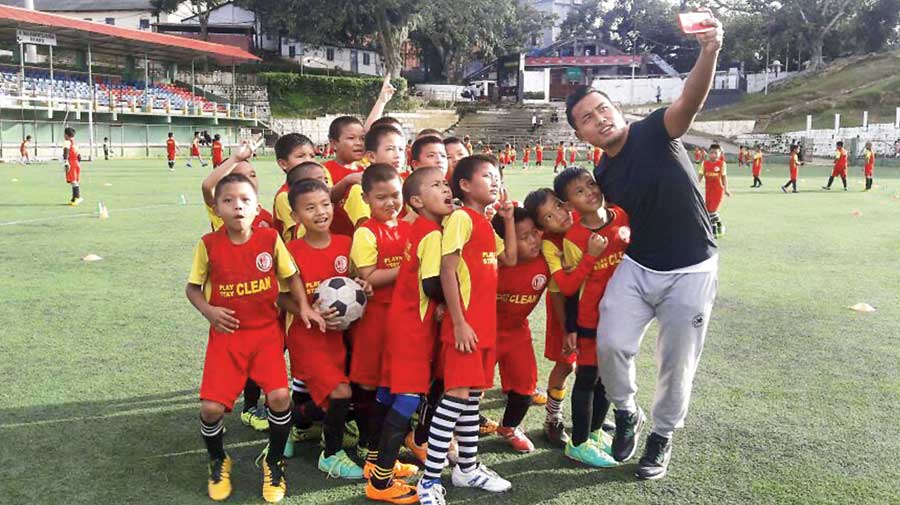 Facts Matter. This is the hashtag Mizoram chief minister Zoramthanga used in tweet marked to sports minister Kiren Rijiju over the “pain” his state was experiencing over the former Chennaiyin FC forward Jeje Lalpekhlua missing out on the coveted Arjuna Award yet again this year.

The Arjuna Awards were conferred by President Ram Nath Kovind on August 29 to 27 sportspersons across disciplines with Sandesh Jhingan bagging it for football, ahead of Jeje who had been nominated thrice since 2017.

Jeje failing to bag the coveted award has snowballed into an  issue in Mizoram where football is the “number one sport” with at least 50 players from the state turning out for various ISL and I-league outfits over the past couple of years. Mizoram Football Association secretary Lalnghinglova Hmar’s September 4 letter to sports minister Rijiju seeking to know the criteria for selection further underscored the “demand for justice” for one of the “most decorated” Indian players hailing from their “tiny” state in the Northeast.

Zoramthanga, a former gureilla leader turned politician with an ear to the ground, articulated these feelings through a tweet on Monday: “ Shri @KirenRijijuji, due respect to past & future awardee of the prestigious #arjunaaward; I stand with the people of #Mizoram in their dreams, their contribution towards the upliftment of the #IndianFootball, the pain felt by a sidelined recognition we all yearned #FactsMatter.”

Along with the tweet,  Zoramthanga, one of the leading lights of the Mizo movement which culminated in the 1986 peace accord with the Centre, also attached the achievements of Jeje, Gurpreet Singh Sandhu, who won the award in 2019, and Sandesh Jhingan who won it in 2020.

The tweet had been by afternoon retweeted 50 times and liked 249 times with most hailing his move and seeking an answer from the Rijiju, who is also from the northeast. Suhas Chakma, rights activist, took a dig at the BJP-led Centre while backing the three-time chief minister, “I wish to believe that it has nothing to do with d fact that Mizoram is not & is unlikely to be ruled by the BJP.”

The Zoramthanga-led Mizo National Front is an ally of the NDA and NEDA but it has no truck with BJP in the state. MNF regained power in 2018 under Zoramthanga.

MFA secretary Hmar told The Telegraph that they did not approach the chief minister to highlight the Jeje issue.

“The honourable chief minister did what he did on his own. We are happy that the CM knew about the situation and supported us in our effort to find out the reason behind Jeje being denied Arjuna Award after three straight nominations. Jeje is not only a hero to the locals here, he is a national football star and his records shows that he deserved Arjuna Award if it is to be given to an Indian footballer. Yes, facts matter.”

In his letter to Rijiju, Hmar requested an explanation why Jeje being overlooked despite three separate nominations and his overall achievements. “Jeje has earned 56 caps for India, scoring 23 goals, second only to Sunil Chhetri in the national scoring charts among active players. He is currently ranked 6th on the all time scorers list. Gurpreet Singh Sandhu and Sandesh Jhingan have both earned 38 and 36 caps respectively,” Hmar said.