Restrictions in Ri Bhoi close to the Kamrup (metro) district, which has been under lockdown for the past few days 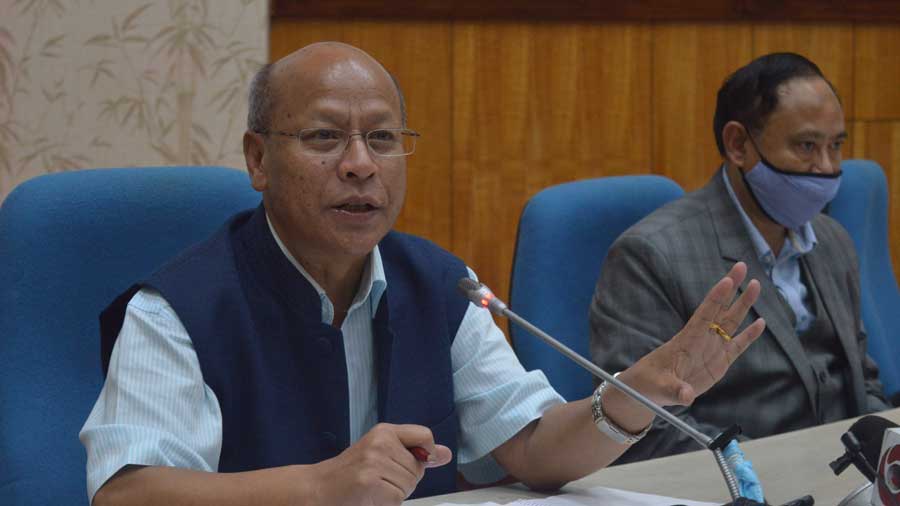 The Meghalaya government on Friday imposed a curfew in some areas of Ri Bhoi district along the inter-state border with Assam,following a rise in Covid-19 cases over the past few days.

It also decided to carry out random testing of individuals living along the border.

Ri Bhoi deputy commissioner R.M. Kurbah said in view of the Covid-19 situation and to put in place preventive and mitigation measures, curfew has been imposed in the areas from Tandu Bridge via Byrnihat to Jorabat, Pillangkata, Maikhuli, Iongkhuli and Umtyrnga with effect from Friday, and till further orders.

The order is not applicable to security forces, medical teams on duty, wholesale and retail pharmacies, police and armed forces, among others. The decision to impose curfew in these areas was taken at a review meeting held here, deputy chief minister Prestone Tynsong told reporters.

He also said random testing of residents residing along the Byrnihat-Khanapara stretch will be conducted from Saturday.

The areas are close to the Kamrup (metro) district of Assam, which has been under lockdown for the past few days. The areas between Meghalaya and Assam along the Shillong-Guwahati road are contiguous.

In the past few days, at least three high-risk contacts of an infected person from a village along the border in Ri Bhoi tested positive for the virus.

In the past 24 hours, Meghalaya reported six positive cases, taking the total number of patients to 18. While 43 have recovered from the coronavirus, one died in April. Many of the current active cases are those of BSF personnel stationed in the Meghalaya capital.

The six fresh cases include two from the BSF, three high-risk contacts from Ri Bhoi and a returnee from Delhi in Tura, West Garo Hills.

Tynsong appealed to the people living in the areas where curfew has been imposed to cooperate with the administration.

On whether both Meghalaya and Assam would work together to fight the pandemic in the border areas, he said: “Yes, for the safety of the residents of both states, we are ready to take joint decisions.”

Till the filing of this report, Assam health minister Himanta Biswa Sarma, in his tweets, mentioned that the state has 3,090 active cases.

On whether the Meghalaya government has identified other vulnerable areas apart from those along the inter-state border, Tynsong replied in the negative.

At the same time, he said while the state is “safe”, people cannot be complacent.

Meghalaya director of health services Dr Aman Warr said till Friday, of the 20,182 samples tested, results for 19,920 were negative. He said 517 individuals are being kept in institutional quarantine centres. Till Friday, he said, 19,636 individuals have returned to the state.