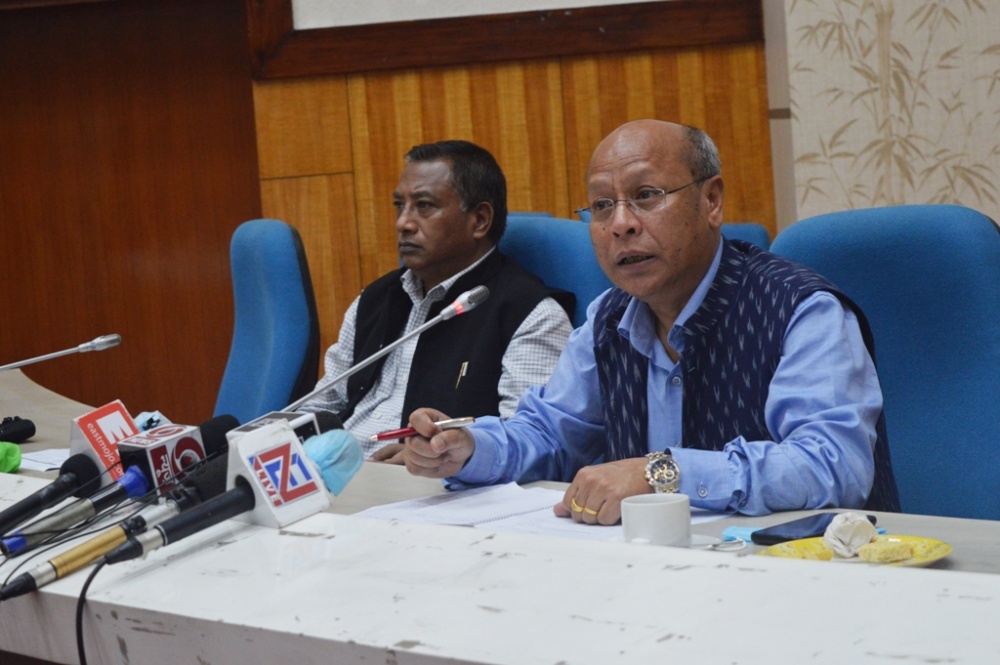 The Covid-19 curve in Meghalaya has risen with 30 active cases at present, including that of a pregnant woman who had returned from Delhi recently.

However, the government declared that there was no community transmission of The first positive case in the state was detected on April 13, but the patient passed away just two days later.

The increase in the positive cases has come following the return of stranded citizens from different corners of the country.

Till Thursday, health minister A.L. Hek said 14,453 stranded citizens have returned to the state while a few more will soon be on their way.

He also said till date, 11,812 samples have been collected for testing.

Of these, 11,455 have tested negative while the results of 313 samples were awaited. Of 44 positive cases, the state has 30 active cases, while 13 have recovered and one patient died.

Director of health services Dr Aman Warr said the latest positive case was that of a pregnant woman who returned from Delhi and is currently in one of the hospitals. Warr said contact tracing relating to the latest patient had been carried out, and collection of samples for testing was underway.

In a medical bulletin, NEIGRIHMS nodal officer Dr Vijay Nongpyiur said the patient and her husband had arrived from Delhi on May 30. They underwent mandatory Rapid Antibody and RT-PCR testing. The husband was kept at an institutional quarantine centre while the wife, who was in her third trimester of pregnancy, was home quarantined.

After 48 hours of initial testing, they were both found negative, and hence, the husband was released from the centre and put in home quarantine.

On June 6, the husband developed symptoms suggestive of Covid-19, and was admitted to the Shillong Civil Hospital. Samples were also taken from him for testing.

On Tuesday, the wife developed labour pains and was admitted to NEIGRIHMS. As both her previous tests had come negative, she was kept in the labour room.

However, NEIGRIHMS was informed by the state nodal officer that her husband had tested positive for the virus.,

Immediately, the woman was shifted to the designated Covid area and urgent PCR testing was done. The casualty and labour rooms visited by the woman were temporarily shut down. The emergency test done confirmed that the woman was positive.

The woman is said to be in the early stage of labour and she is doing well, the nodal officer said.

In the case relating to a 70-year-old from Umsamlem village in Ri Bhoi district, it was informed that 43 high and low risk contacts were traced.

The samples were collected, and the results have come out negative. However, all these contacts have been kept under quarantine. It is still unclear how the man, with no travel history, contracted the virus. But the village has been declared a containment zone.

Deputy chief minister Prestone Tynsong said the government would not impose a total lockdown in the state despite the growing number of active cases. He also said there was presently no “community transmission” of the virus in the state.

Stating that Meghalaya has a full-proof mechanism to check those who have returned from outside the state, he said lately, there have been no violations of the quarantine protocols by the returnees.

Earlier, the government had warned the returnees who violated the quarantine protocols after it was found that more than 400 of them had broken the norms by coming out of their homes.

He said the state commerce and industries department, along with the labour department, will meet business houses this week to follow up on a government notification, requesting them to employ and accommodate locals who have the requisite skills, in their establishments.