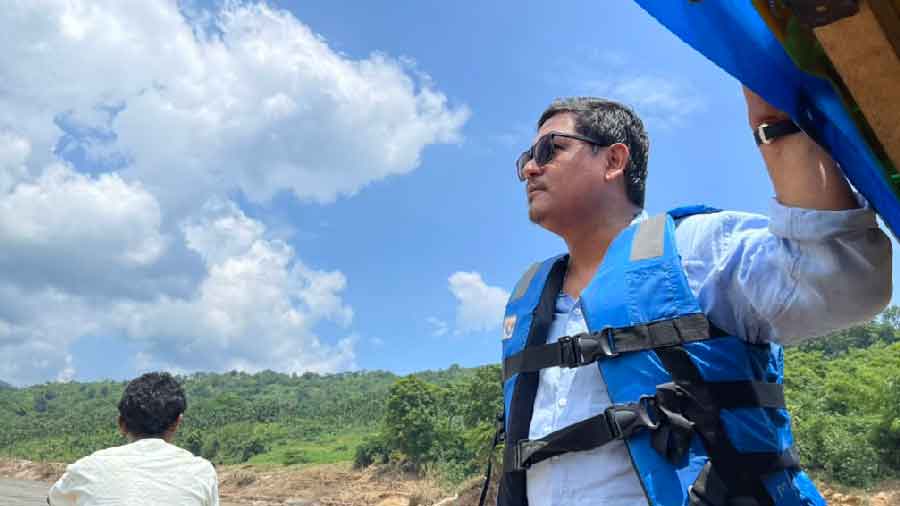 Speculation is rife over the sudden stopover of Meghalaya Chief Minister Conrad Sangma here at a hotel where Maharahstra's rebel Shiv Sena MLAs and some independent legislators are camping.

Even though Sangma clarified that his visit to Guwahati's Radisson Blu hotel was for having lunch as it is located along the way to the city's Gopinath Bordoloi International Airport from Shillong, the timing of his visit raised eyebrows.

Sources pointed out that Sangma's National People's Party (NPP) is a constituent of the National Democratic Alliance and the BJP a part of his government in Meghalaya.

He is a close friend of several top BJP leaders, including saffron party's chief ministers.

However, it is well-known that the Meghalaya chief minister's father, P A Sangma was a close associate of Nationalist Congress Party (NCP) supremo Sharad Pawar, who along with the senior Sangma and Tariq Anwar had raised the issue of Congress president Sonia Gandhi's foreign origin and they were expelled from the Congress in late 1990s.

Pawar, the late Sangma and Anwar had subsequently formed the NCP in 1999.

Conrad Sangma's sister Agatha was a minister in the UPA government led by Manmohan Singh from the NCP quota.

The NCP is now part of the Uddhav Thackeray-led Maharashtra government, whose survival is now at stake following the revolt by the Shiv Sena MLAs who are camping at the hotel.