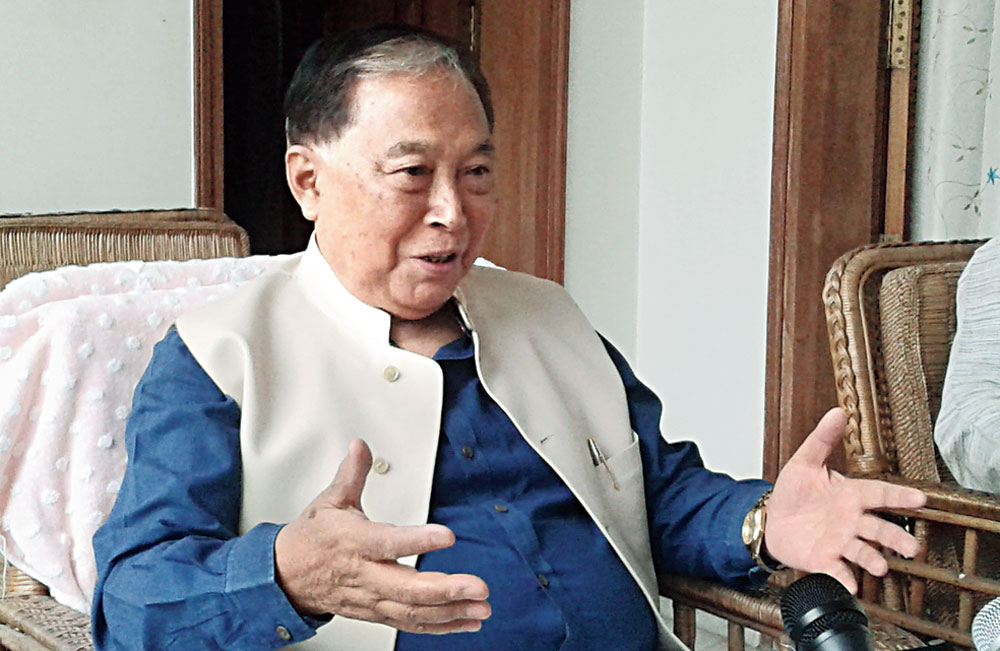 Former Manipur chief minister Radhabinod Koijam resigned from the BJP on Thursday morning after failing to get a party ticket for the Lok Sabha elections.

He told reporters at his residence here that he doesn’t blame anyone for giving the party ticket to R.K. Ranjan, who is contesting from Inner Manipur constituency.

He said Ranjan is a deserving candidate and he “would have been very unhappy if the ticket was given to someone else. But I feel sad that I failed to get the ticket as I had been campaigning as an intending BJP candidate in the 32 kendras of Inner Manipur Lok Sabha seat,” Koijam said.

He said he campaigned from October 2017 till the beginning of March this year with “Discovery of Manipur” mission to find out the woes and wishes of the people.

“I told the people that I was seeking BJP ticket and hoped to get it. People encouraged me and gave positive response,” he said. “I will try to ease myself out of party politics and electoral politics.”

Koijam appealed to the people to support a qualified person who would best represent the people of Manipur.

Koijam was sworn in as the chief minister of Manipur on February 15, 2001. The government was short lived with President’s rule being imposed on June 2 that year. He joined the BJP in 2015.

Ranjan had fought the Inner Manipur Lok Sabha seat in 2014 on the BJP ticket. He had lost to Congress candidate Thokchom Meinya. This time he will face O. Nabakishore, a fresh face nominated by the Congress for the Inner seat.