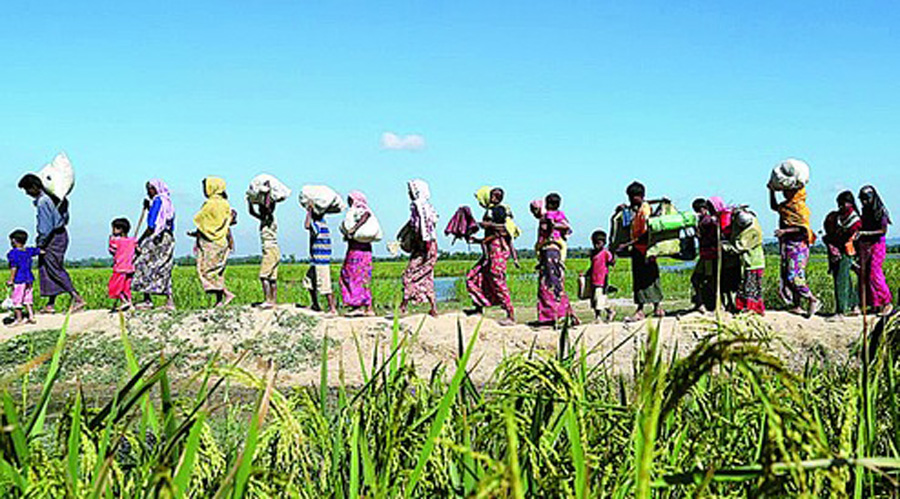 The BJP-led government in Manipur has withdrawn a directive to five districts bordering coup-hit Myanmar to “politely turn away” those seeking refuge.

The rethink came after the “unconstitutional” approach in dealing with an unfolding humanitarian crisis drew widespread criticism.

The order attributed to Manipur’s special secretary (home) H. Gyan Prakash said on Monday: “It appears that the contents of the letter have been misconstrued and interpreted differently. The state government has been taking all humanitarian steps and had recently taken all steps, including taking them to Imphal, to treat the injured Myanmarese nationals. The state government continues to provide all aid.…”

“In order to avoid this misunderstanding, I am directed to convey the decision of the government that it has decided to withdraw the letter dated 26.03.2021.”

The home department’s March 26 directive, also issued by Prakash, was addressed to the deputy commissioners of Chandel, Tengnoupal, Kamjong, Ukhrul and Churchandpur to prevent the “illegal entry” of Myanmar nationals to the state.

It had asked the district administration not to open any camp to provide food and shelter and not to allow civil society organisations to set up camps to provide food and shelter. The directive had advised the deputy commissioners to provide medical attention on humanitarian considerations in case of grievous injuries, to politely turn away people trying to enter or seek refuge and immediately stop Aadhaar enrolment and to keep enrolment kits in safe custody. The home department had sought an action-taken report by Tuesday.

Several attempts by this newspaper to contact Prakash and the chief secretary’s office to corroborate the authenticity of the fresh order did not elicit a response. But multiple sources said the order withdrawing the earlier one was indeed issued.

Manipur shares a 398km border with Myanmar’s Sagaing and Chin regions. Mizoram shares a 510km border with the neighbouring country, Nagaland 215km and Arunachal Pradesh 520km. The international border is guarded by the Assam Rifles.

Sources in Mizoram said over 1,000 Myanmarese nationals had entered the state while a similar number might have also come to Manipur fearing persecution at the hands of the junta that carried out the coup on February 1.

The Mizo National Front-headed Mizoram government has urged the Centre to provide asylum to the refugees.

Sources said the Centre should come out with a clear-cut policy on how to deal with the crisis.

According to media reports, over 500 people have died in the protests against the junta after the coup. The Myanmar junta is said to share close ties with the ruling dispensation in India.

Leading human rights activist Babloo Loitongbam, 51, told this newspaper that his organisation, the Human Rights Alert, on Tuesday moved the Manipur Human Rights Commission against the “unconstitutional” March 26 directive of the state government.

“We have urged the commission to declare the directive as null and void because it violates Article 21 of the Constitution (right to life), and also Article 14 (1) of the Universal Declaration of Human Rights, which says everyone has the right to seek and enjoy in other countries asylum from persecution.”

Loitongbam said he moved the MHRC after he could not get an official confirmation about the withdrawal of the directive from two deputy commissioners. “Our prayer has two parts — to declare the directives null and void and also direct the government to provide relief to the refugees who have entered. We still don’t know what has been the impact of the withdrawal on the ground.”

Loitongbam said the best way to handle the crisis would have been to set up temporary camps, provide aid, maintain a database of those coming in and then facilitating their return to Myanmar after things normalised.

“My sources in the government have told me that the directive has been withdrawn. On humanitarian ground, after proper identification, aid should be provided to those entering the state. Clear-cut steps should be taken to provide humanitarian aid. We are a democratic country and we should support the democratic demand of the people of Myanmar,” he said.