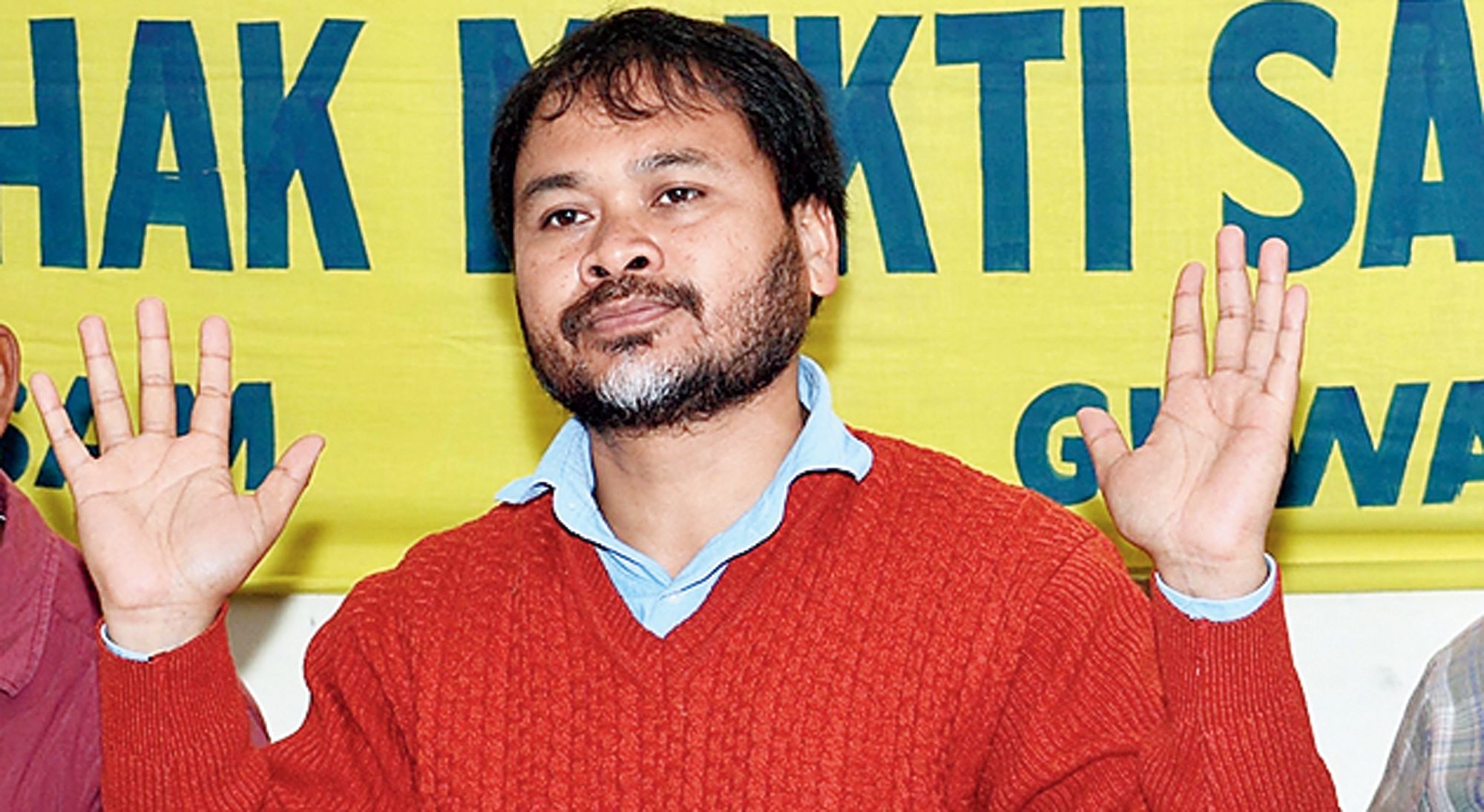 The Krishak Mukti Sangram Samiti (KMSS) on Tuesday urged the BJP government at the Centre to grant Scheduled Tribes (ST) status to six communities of Assam through an ordinance and take a cabinet decision to implement Clause 6 of Assam Accord 1985 before the model code of conduct for the Lok Sabha elections comes into force.

“The model code of conduct is expected to be implemented on March 8 after which the government will not be able to make any new promises. If the government is as committed towards the people of Assam as it shows, the Centre should pass an ordinance within these three days to grant ST status to the communities and implement Clause 6 of the Assam Accord,” KMSS leader Akhil Gogoi told reporters here.

Union tribal affairs minister Jual Oram had on January 9, during the winter session of Parliament, introduced the Constitution (Scheduled Tribes) Order (Amendment) Bill, 2019, to grant ST status to Koch Rajbongshi, Tai Ahom, Chutia, Moran, Matak and 36 sub-tribes of tea workers in the Rajya Sabha but there was no discussion on it.

However, Akhil alleged that the government had no intention of granting ST status. “We (KMSS and 69 other supporting organisations) had talked to the Opposition parties in the Rajya Sabha and they agreed to vote in favour of the bill. But the BJP did not even table it during the budget session of Parliament,” he said.

Regarding the implementation of Clause 6, which deals with providing constitutional, legislative and administrative safeguards to protect, preserve and promote the cultural, social, linguistic identity and heritage of the Assamese people, the Centre had formed a nine-member committee on January 7 amid strong resentment against Delhi and Dispur over the Citizenship (Amendment) Bill, 2019. Six of the nine members of the committee, which was seen to have been formed to appease local groups against the bill, refused to be a part of it over the bill.

“The BJP had promised to implement the Assam Accord in letter and spirit during its campaign for the 2014 Lok Sabha elections and the 2016 Assam Assembly polls. It subsequently formed the government and there was complete support in favour of the clause’s implementation in Assam. Then why could they not implement it despite a whole term?” Akhil asked.