The project, started by NHPC Ltd in 2007, has met stiff resistance from several groups, including the AASU 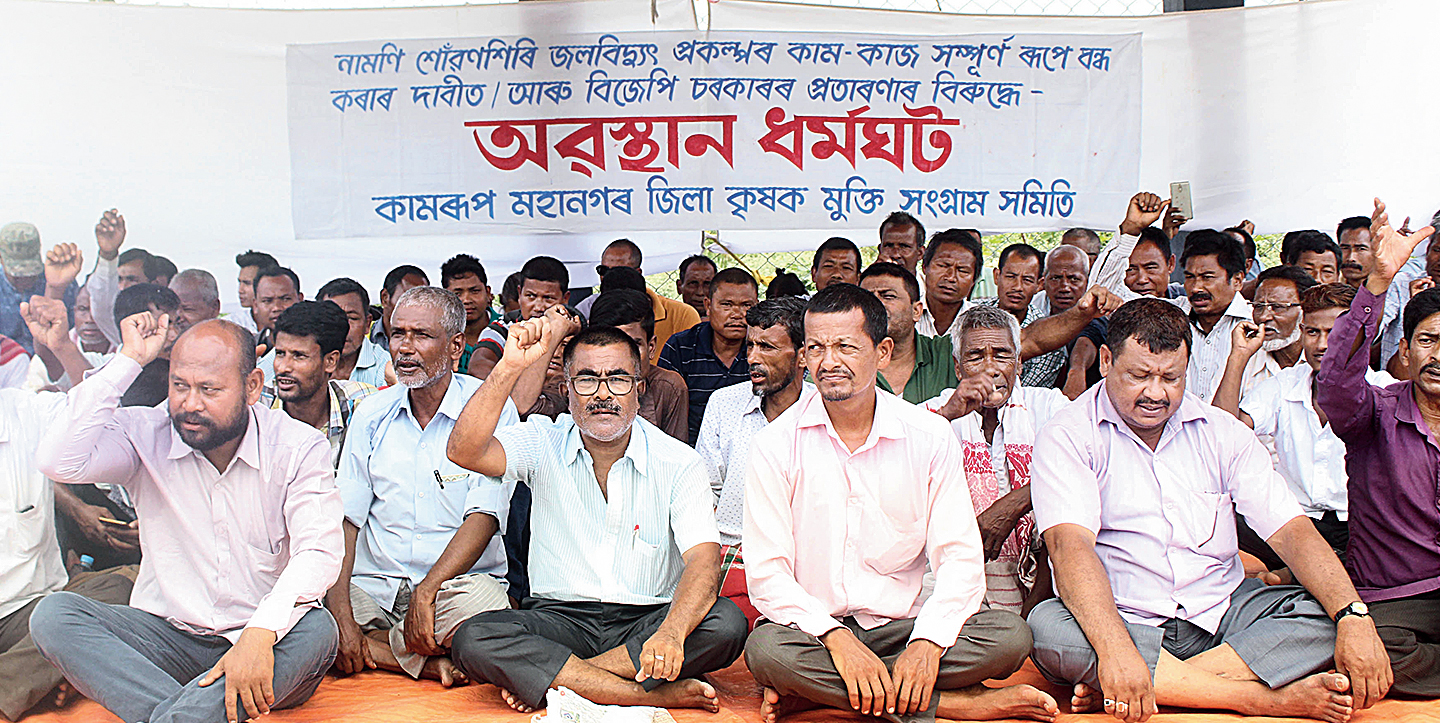 The Krishak Mukti Sangram Samiti (KMSS), a peasants’ rights group of the state, staged a demonstration against the government’s move to complete the work of the Lower Subansiri mega dam project being constructed by the National Hydroelectric Power Corporation Ltd, across the state on Monday.

The group said it would not let that happen at any cost.

“It’s a water bomb to destroy Assam according to the experts. There are high chances that it can break down any moment unleashing doom downstream. Experts have said because of this dam, Majuli and Dhemaji will be omitted from the geography of Assam forever. Apart from that Assam will not get any royalty from the dam,” said KMSS adviser Akhil Gogoi who took part in the demonstration at Golaghat.

The 2,000MW Subansiri Lower Hydro Electric Project is the biggest hydroelectric project undertaken in India and is a run of river scheme on the Subansiri. It is located near North Lakhimpur on the Assam-Aruncachal Pradesh border.

The project, which was started by NHPC Ltd in 2007, has met stiff resistance from several groups, including the All Assam Students’ Union.

“This kind of a project from which Assam will gain nothing and it can bring destruction to the people of the state, will never be allowed to take place. So, the work is halted from December 2011 due to the pressure put by various organisations. However, the BJP government after coming to power for the second time has permitted the NHPC to resume its work,” said Akhil.

The KMSS leader said they will continue their agitation if the authorities don’t stop the process. “The situation will be worse if they go ahead. We will wipe out NHPC Limited from Assam if they don’t listen to our appeal,” he said.