Advertisement
Home / North-east / Humane side to NRC: A healing touch 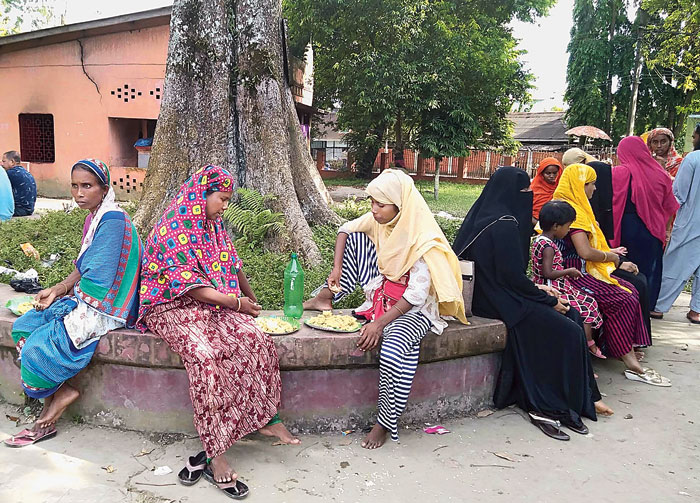 Amid tragedies such as floods and deaths due to accidents, there is something positive about the National Register of Citizens (NRC) hearings taking place in faraway Upper Assam districts.

The NRC applicants summoned for re-verification, most of whom are Bengali-speaking Muslims from lower Assam districts, have to travel around 400km to attend these hearings. Many of them have never been to Guwahati but now they are travelling miles for NRC hearings. They have attended the hearings amid much hardship.

Yet, there is a reason to smile.

Unknown Samaritans in Upper Assam towns have come forward to help these people who lost in the unvisited places.

“We were completely at a loss. We felt like it was the end of our world. We had not much money left. The recent floods washed away our houses. I did not think that we could attend the hearings. But I am thankful to the Almighty for sending angels in the form of humans. Without the help of some people, many of whom we have never met before, we could not have attended the hearings,” Bahatan Khanam, 35, said.

Khanam, a resident of remote Dakhin Godhani village in Barpeta district, received the notice on Monday.

To attend the hearing on Tuesday at Sarupathar in Golaghat district she had to cover more than 400km in a short span.

She crossed the Brahmaputra in the middle of the night and reached the other bank at 3.15am from where she took a vehicle arranged by some activists.

In Golaghat, persons like Soneswar Narah are relentlessly working to assist them in finding their venues and to address their basic needs.

Shalim M. Hussain, a young writer of Boko in Kamrup (rural) district, said, “Amid the tragedies in the last couple of days, those returning home tell heart-warming stories. At a time when the state has issued them notices for hearings in districts 300km to 400km away within only a few hours, the people around the hearing centres rose to the occasion.

“They open their houses for strangers, offer them food, water and provide basic amenities showing decency and generosity. We are proud of them. They are the heroes of this tragedy and their love and affection will be remembered with great fondness.”

Many of Hussain’s neighbours had to travel to the Upper Assam districts for the hearings. Those who starved for more than 12 to 15 hours were offered food by the residents.

“You can kill democracy but you cannot kill humanity. It is great to see locals of Mariani, Amguri and Jorhat, among others, come forward to give food to people who have come for NRC hearings from hundreds of miles away,” said Bondita Acharya of Jorhat, who is relentlessly assisting the people.