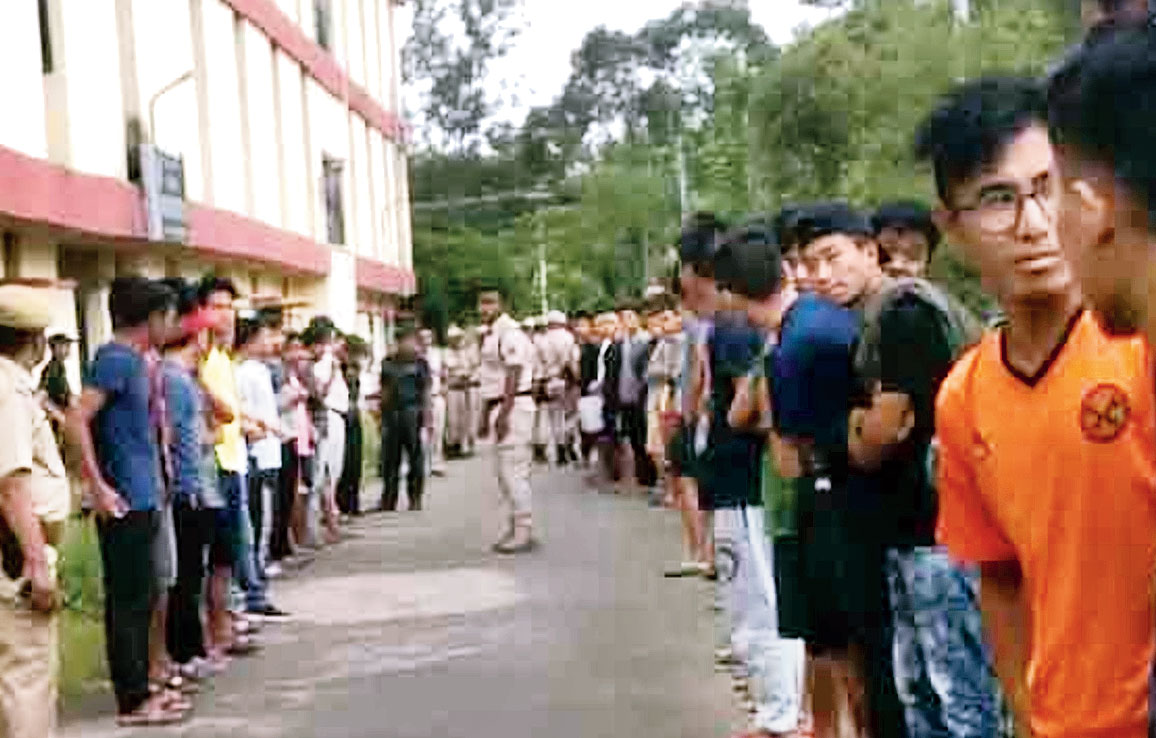 Three Manipur university groups here on Sunday condemned the alleged handcuffing of a jailed university professor while being taken to a hospital, a news release said.

Police said the professor had been handcuffed and rules observed in this case.

“Irrespective of charges, an accused is handcuffed while being taken to a hospital,” a police official said.

A Musu office-bearer said professor Dorendrajit had been handcuffed while being taken to the Regional Institute of Medical Sciences (RIIMS) on October 11 and the academician’s wife brought it to their notice.

He was taken to RIIMS after complications from diabetes, the office-bearer said. The 15 people were lodged in jail on the basis of an FIR registered on September 20 by then acting vice-chancellor K. Yugindro Singh, senior police officials said. The FIR triggered a raid at the hostels and quarters within the university on September 21 midnight followed by counter-reactions from the students’ bodies.

In a related development, the National Human Rights Commission has asked the authorities concerned to submit a detailed report on the raid after a case was filed by human rights activist Henri Tiphagne.

The letter said if a detailed report was not furnished within a month, the commission shall invoke coercive process under Section 13 of the Protection of Human Rights Act, 1993, for personal appearance of the authority concerned.

The impasse had begun on May 30 after the Musu took up agitation against then vice-chancellor A.P. Pandey and was later supported by the Muta and the Musa.

The 85-day agitation was, however, suspended after an agreement was reached among the Union human resource development ministry, the state government and the university on August 16 and normality returned for a while.

However, it was cut short after Pandey on October 1, assumed office and banned the Muta and Musa, aggravating the situation once again.

On September 21, when Yugindro Singh went to the university, he was allegedly gheraoed by students and teachers, who allegedly forced him to sign a letter. Following this, he lodged an FIR with the police.

The police conducted a midnight raid on September 21 during which 89 students and teachers were arrested. Fifteen of them are still behind bars and the agitators have been demanding their release.

Manipur High Court on Thursday suspended the acting vice-chancellor and registrar of Manipur University and appointed a new administrator to bring normality to the university, which has been on the boil since May 30.

Former state chief secretary Jarnail Singh has been appointed as the administrator who will discharge the duties of vice-chancellor according to the provisions of the Manipur University Act, 2005.