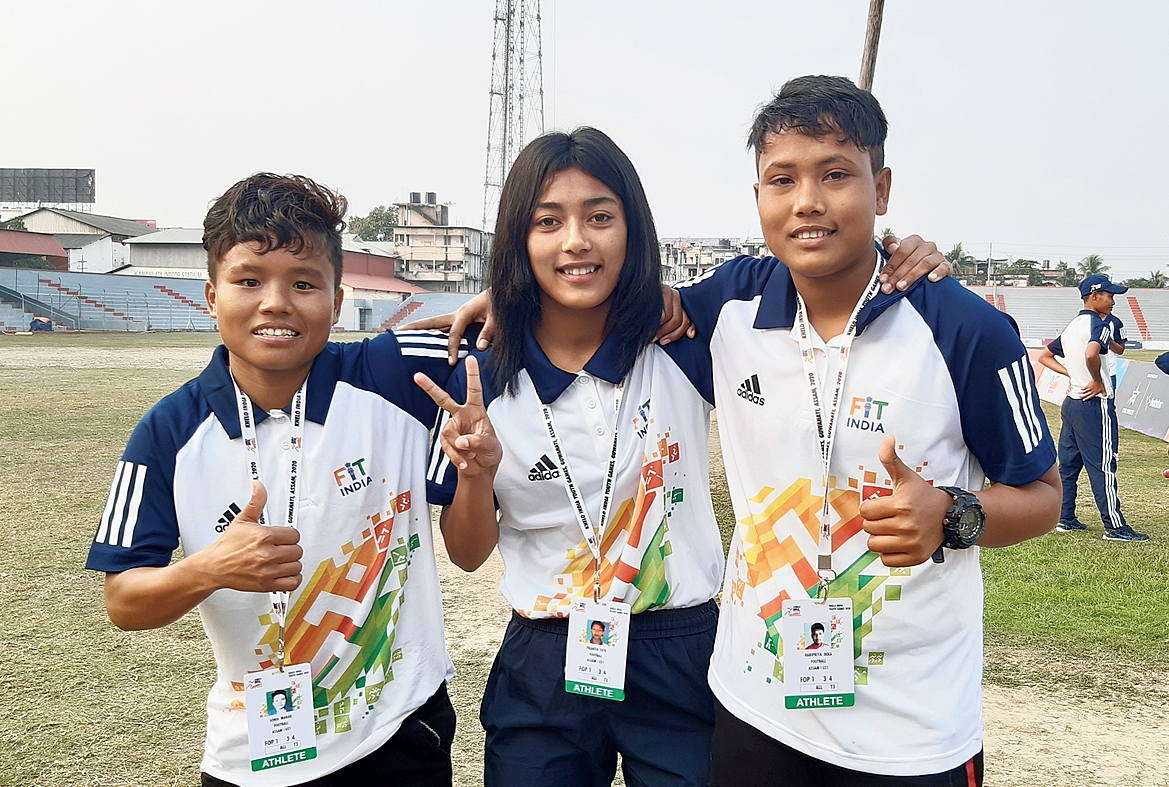 Sonia Marak, hailing from a remote village in Karbi Anglong district, is over the moon after representing the Assam football team in the 3rd edition of Khelo India Youth Games here.

Sonia, who captains the Assam under-21 women’s football team that has reached the semi-finals, defeating Delhi 4-1, is living a dream.

“Life is very tough back home but football has given me a new lease of life. Football is everything for me now,” she told The Telegraph at the Nehru Stadium on Saturday.

Sonia lost her father to illness and her mother, who has no regular income, has to look after her younger brother and a married sister’s daughter.

“Football has helped me move ahead in life. I’m very happy to represent my state and win matches. Now, we are looking forward to winning the remaining matches and bagging the gold. We are confident of doing that,” she added.

Sonia said her mother did not want her to play football as it would not fetch money to run the family. “I often speak to her over phone but she doesn’t understand the game as she thinks it will not help her run the family. I hope she understands,” Sonia, who aspires to play for India, said.

Her teammates like Promita Taye from Dhemaji and goalkeeper Haripriya Deka from Kalaigaon in Udalguri district also cherish the dream of playing football.

Haripriya said, “Initially, it was difficult to convince my parents to allow me to stay away from home. But now they have understood. Football is my dream. It’s everything for me. It has given me an identity.”

Promita wants to set an example for her village and state on how the game can change one’s life. “I’m very proud that I’m playing football,” she said.

“So far, it’s been a great journey. We are looking forward to the semis on Monday. I have to adopt different tactics to keep them in a positive frame of mind. I have also engaged them in dance to keep them spirited. It helps the team to stay together as they come from different backgrounds and places,” he said.