Situation in Dispur was critical on Friday with 45.34 lakh people reeling under the deluge 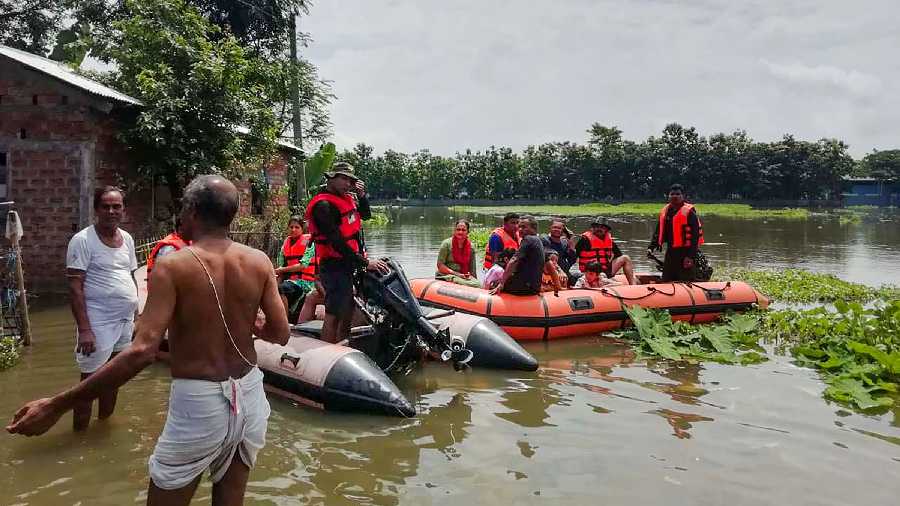 Drone start-up Garuda Aerospace has deployed emergency delivery drones in Assam to support the rescue efforts, following heavy floods and landslides in the state, the company said on Friday.

According to the city-based company, the drones were used to deliver emergency food and medicine packets to people affected by the floods.

According to Garuda Aerospace Founder-CEO Agnishwar Jayaprakash, the White Knight Drones were used extensively during the COVID-19 enforced lockdown to deliver medicines and other emergency supplies in Sriharikota, Andhra Pradesh and Varanasi, Uttar Pradesh.

Recently, food aggregator Swiggy partnered with Garuda Aerospace for taking up delivery of packages for their Instamart Dark stores through drones, the statement added.

The flood situation in Assam was critical on Friday with 45.34 lakh people reeling under the deluge, officials said, adding that the toll has risen to 108 with seven deaths reported in the last 24 hours.

The Brahmaputra and Barak rivers along with their tributaries are in spate, even as floodwaters started receding from few areas, they said.