The government has assured us that ST status will be given to the six communities of Assam: AMSU 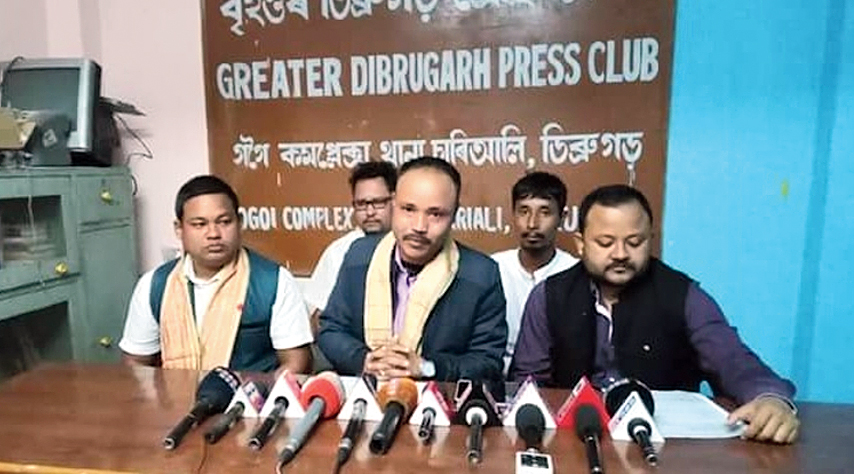 Four communities of Assam — Ahom, Moran, Muttock and Chutia — on Sunday welcomed the decision of the state government to grant Rs 125 crore each to them.

The president of All Moran Students’ Union (Amsu), Arunjyoti Moran, said, “There will be new autonomous councils for the Moran and Muttock communities and the government has assured us that Scheduled Tribe status will be given to the six communities of Assam.”

“The Assam government on Thursday announced it would submit the recommendation of the group of ministers to provide Scheduled Tribe (ST) status to six communities of the state to the Centre within January,” Moran added.

Moran said they demanded the repeal of the Citizenship (Amendment) Act, 2019.

“The citizenship law has been imposed forcefully upon us. We will not compromise with the Act in Assam. We demand a repeal of the Act, which is unconstitutional,” he said.

An autonomous council will be constituted for the Koch Rajbongshis in Goalpara district and two more councils for Morans and Muttocks.

Lohit Gogoi, working president of the Tai Ahom Yuba Parishad, said, “We don’t want implementation of the Act in Assam. We demand the government to repeal the Act. Scheduled Tribe status for the six communities of Assam is our birthright. If Prime Minister Narendra Modi and chief minister Sarbananda Sonowal have respect for Assam, then they should repeal the Act,” he said.

On Saturday, in a cabinet meeting, the government promised a medical college in a Tai Ahom community-dominated area besides adequate reservation of seats for students of the community in educational institutions.

It also promised to take steps to revamp the Tai Ahom Development Council with allocation of substantial funds.

The president of the Dibrugarh unit of the All Assam Chutia Students’ Union, Jitu Saikia, said they welcomed the government’s decision to provide the funds. “We will not compromise on the citizenship law. We demand its repeal from Assam,” he added.

He said their protests against CAA will continue till it was withdrawn.