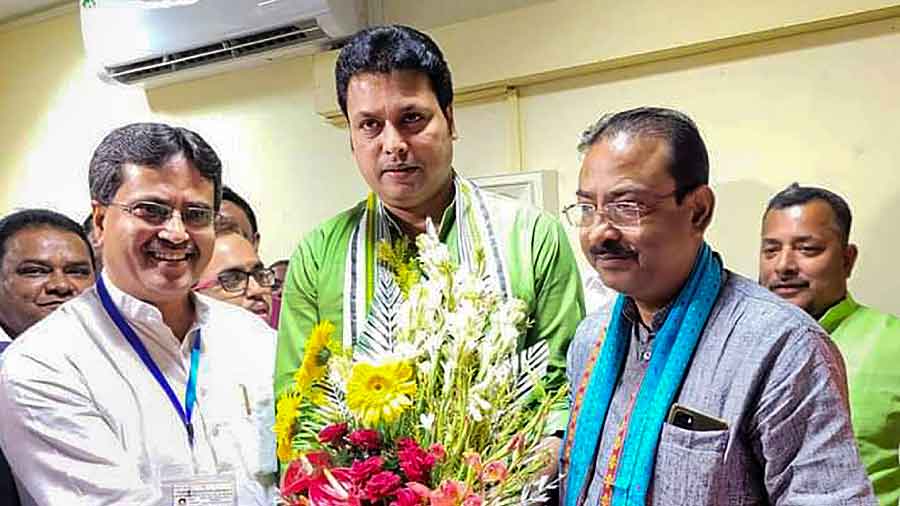 Deb, who has been recently made the BJP in-charge of Haryana, polled 43 votes 36 of the saffron party and seven of its ally, the IPFT, Chief Electoral Officer (CEO) Kiran Gitte said.

All 15 CPM legislators in the state cast their votes in favour of their nominee Bhanu Lal Saha, the former finance minister.

State Congress president Birajit Sinha told PTI, "Since we fielded no candidate, the party had requested Barman to skip the voting process."

The seat had fallen vacant as Manik Saha, on being made the chief minister, resigned to contest an Assembly bypoll.

Taking to social media, Deb expressed his gratitude to the legislators of the BJP and the Indigenous People's Front of Tripura (IPFT) for electing him as Rajya Sabha MP from the state.

"With the blessings of Mata Tripurasundari, I will continue to serve the beloved people of Tripura till my last breath," the former CM said in a Facebook post.