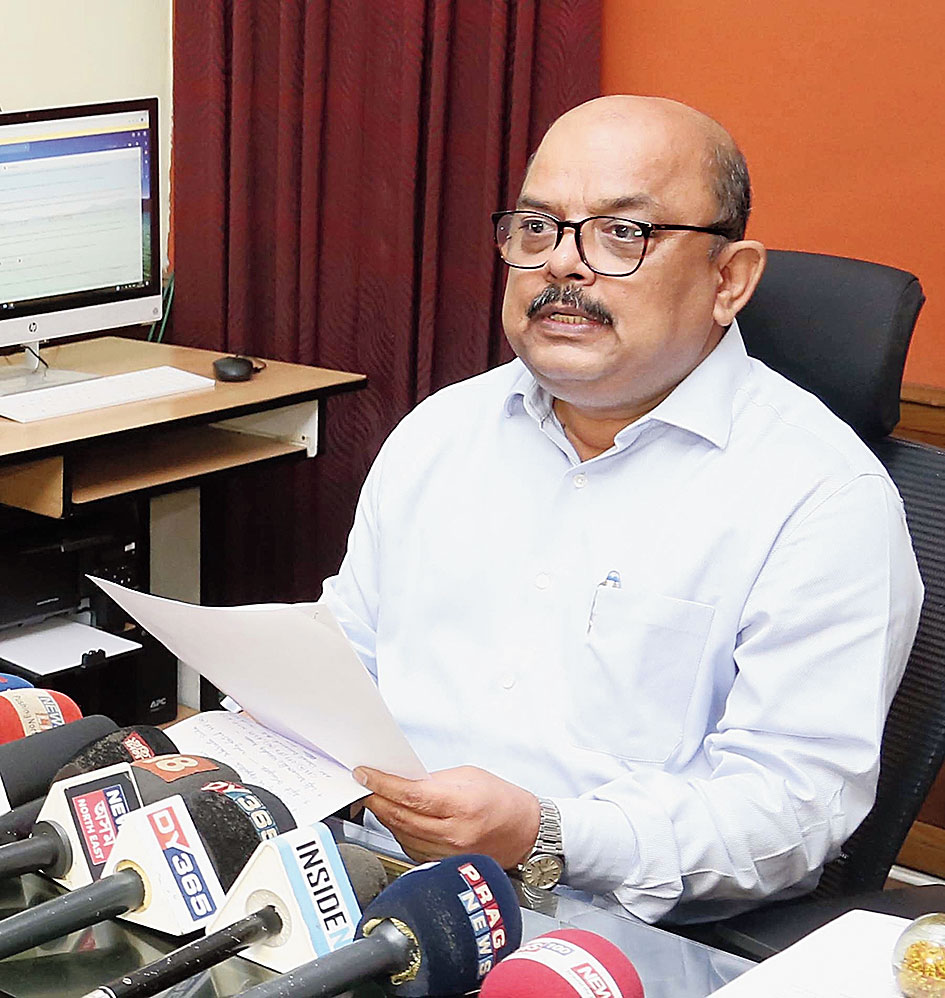 State election commissioner Alok Kumar told the media here that all electoral procedures, including “campaigning, polling and re-polling (if any)” would stand deferred after Saturday, which is the last date for withdrawing nomination papers (till 3pm).

Formal campaigning for the election was supposed to begin from Sunday. The election for 40 seats in the BTC was scheduled to be held on April 4. The candidates had filed nominations till Thursday, the last date for doing so.

Many people had expressed apprehension on social media and other platforms on mass gathering during BTC election campaigning. They pointed out how, on the one hand, the state government was banking on social distancing by closing down public places to combat coronavirus but was not taking any call on the BTC polls.

The commission said a new schedule would be notified for polling, repolling (if any) and counting while giving adequate time for campaigning. “However, model code of conduct will continue to be in force for the time being and be reviewed at the time of issue of notification of remaining phases of election,” Kumar said. He asked parties to stop campaigning so that the very purpose of social distancing becomes effective.

The decision comes on a day the state government wrote to the commission, urging it to consider postponing of the election as restrictions imposed in the state, including the BTC areas, will affect conduct of free and fair polls. The commission also got representations from several parties, organisations, MPs and citizens to defer the election in view of the increasing spread and threat of coronavirus.

State election commissioner Hage Kojeen said continuing with the scheduled elections would be detrimental to public health as it would entail gatherings at various locations in the state in the form of public meetings, campaigns and rallies throughout the election period, which would be against the government notification of March 16 banning such gatherings and congregations till April 5.

Kojeen said several parties and the state health department have requested the commission to consider postponing the elections till the situation improves. Panchayat election in the state along with the municipal elections of Itanagar and Pasighat are due in the state since May 2018.