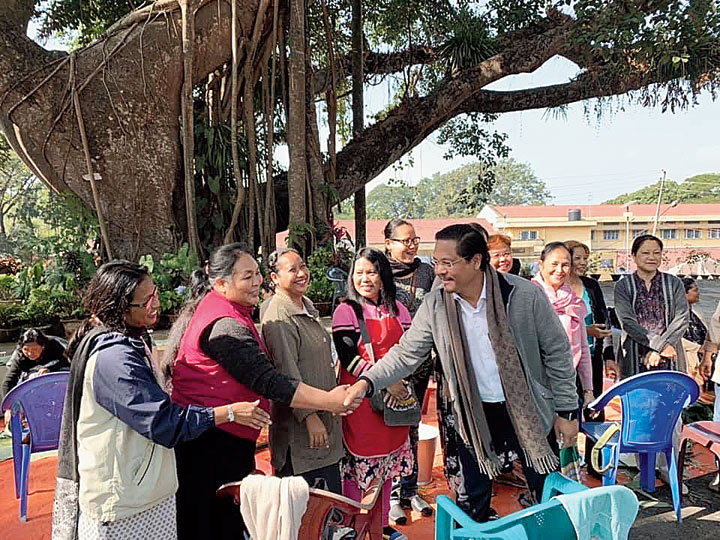 Community feasts, marked by merrymaking, songs and dance, were held across Meghalaya on Boxing Day on Thursday.

Although in this part of the world, Boxing Day, the day after Christmas, is usually not observed like in the European and western countries, it has been a tradition that churches would organise feasts where members would take part. Besides churches, localities and villages also celebrate the day.

Church and locality members would help prepare various cuisines, mostly local, and distribute to all participants.

On Wednesday, the chief minister attended another community feast at Ringre Gittim in Tura.

In his Christmas message, Conrad said, “May the birth of Jesus Christ renew the spirit of love, hope and peace and remind each of us about the essence of Jesus Christ’s teachings that speak of kindness, forgiveness, compassion and brotherhood. May this season of goodwill, further strengthen the bonds of friendship and camaraderie and bring abundance and peace in our state.”

Besides community events, people also utilised the day in visiting relatives and friends and carrying along with them gifts.

But the community feasts will continue in the next few days as churches and localities have assigned different dates for the feasts to be held. 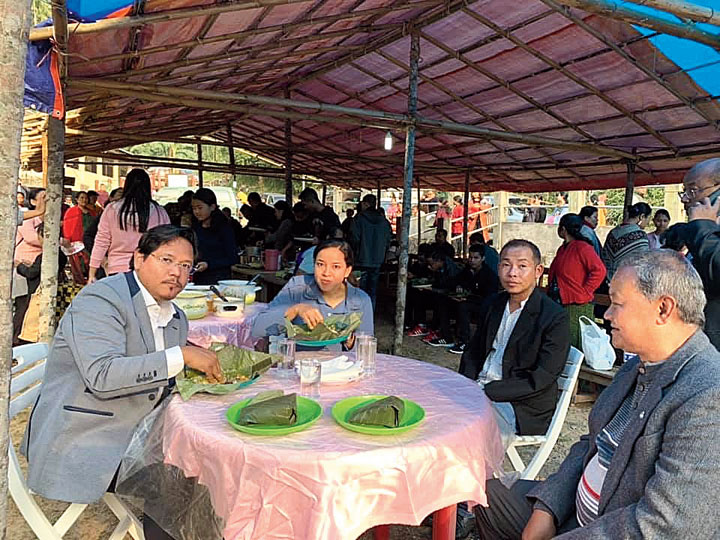 Christmas celebrations in Meghalaya took place in the backdrop of the anti-Citizenship (Amendment) Act protests. Ever since the legislation was tabled in Parliament, protests were held across the state which made many wonder whether Christmas could be celebrated at all.

However, the protests culminated on December 19 when the state Assembly unanimously adopted a resolution urging the Centre to implement inner-line permit in Meghalaya.

The act has kept out of its ambit the states where the permit regime is in place. Although the act will not be made operational in almost 97 per cent of Meghalaya since they fall under the Sixth Schedule areas, yet protesters along with political parties have been asking for the

permit system to be introduced which they believe would act as a wall between the state’s indigenous population and those coming from outside.