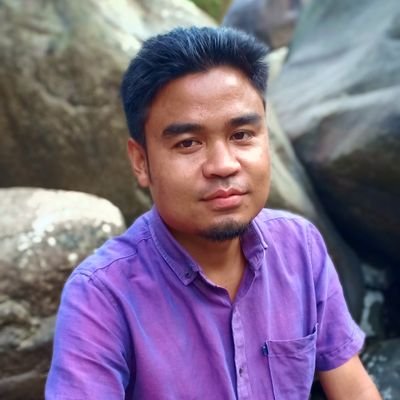 DSU general secretary Pramith Sengyung said such an unfortunate incident happened when the lockdown is going on and movement of people and vehicles is restricted.
(Twitter/@PSengyung)
Suroj Barman And Rokibuz Zaman   |   Haflong/Guwahati   |   Published 01.05.20, 07:39 PM

The Dimasa Students Union (DSU) on Friday expressed concern over the kidnapping and murder of militant-turned-contractor Santosh Hojai and demanded handing over of the case to the CBI or NIA for investigation.

Hojai’s body was recovered on Thursday evening along NH 27 (around 100km from his home) at Lailing reserve forest under Langting police station in Assam’s Dima Hasao district.

The body was found buried and dug out in the presence of an executive magistrate. “Kidnapping and killing of an innocent person like Hojai, who was a businessman, a father of three and a former DHD leader, can destabilise peace in the district. Such an unfortunate incident happened when the lockdown is going on and movement of people and vehicles is restricted,” said DSU general secretary Pramith Sengyung.

Gauhati High Court on Thursday had directed the director-general of police to submit a detailed report of the incident on Monday.

Hojai’s body was brought to Haflong civil hospital for post-mortem although it had been referred to Silchar Medical College and Hospital on Friday. En route to Silchar, hundreds had gathered in Harangajao and stopped police vehicles escorting the body and raised slogans.

Senior advocate Upamanyu Hazarika on Thursday accused Dispur of “misusing” the lockdown to “illegally” crack down on detractors.

“Your sacrifice will not go in vain, your spirits of fighting and patience to bear of every brutality of tortures will encourage of our new generation,' former DHD chairman Dilip Nunisa posted.

Hazarika, Prabajan Virodhi Mancha convener and a vocal critic of the Citizenship Amendment Act (CAA), said among many cases in the past month, two were 'illustrative' - that of Pankaj Saikia, sales manager of Mahindra in Upper Assam, and Hojai.

Around 6pm on April 24, five persons barged into Hojai's residence at Damadi Hawar village under Harangajao police station. 'They could probably be government officials or defence personnel. If not, then how can five persons freely move amid the lockdown?' Hojai's widow asked.

Hojai also leaves behind two daughters and a two-and-a-half-year-old son. He was 38.

Petitions have also been filed before the Assam Human Rights Commission and Assam Public Grievances Commission seeking an investigation.

Efforts to contact the police remained futile as all senior officers were out of station or diverted the call.