Deluge toll mounts to 6 in Assam 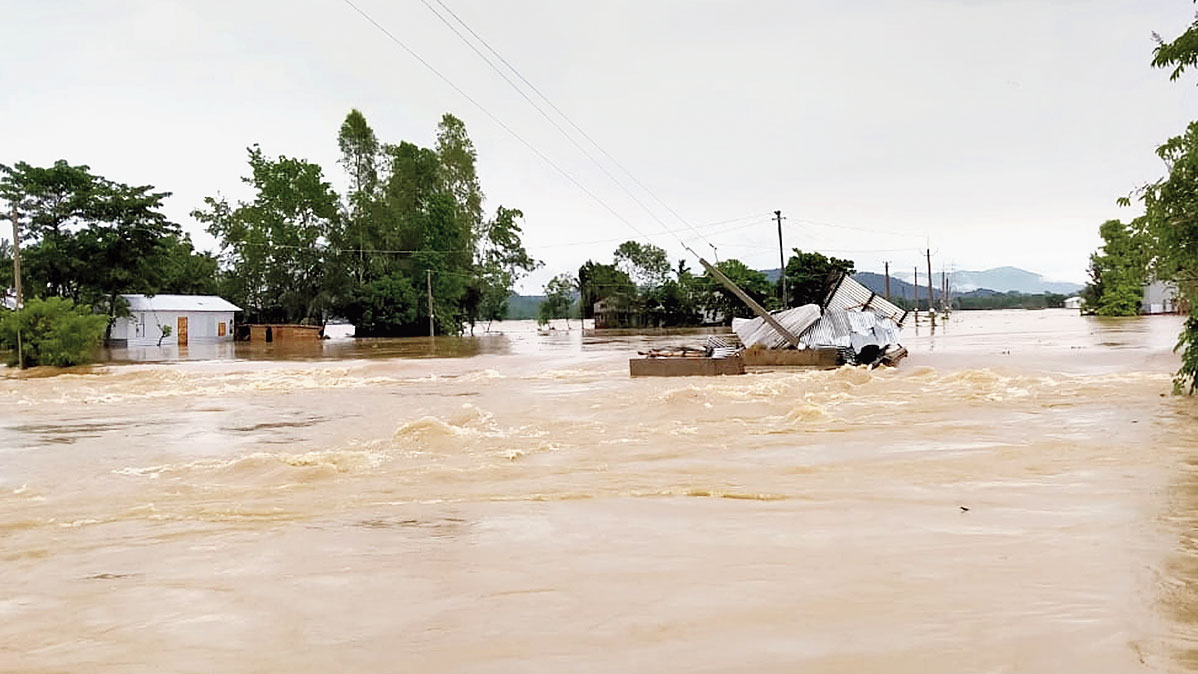 The death toll in Assam floods reached six with the death of one more person on Saturday in Nagaon district.

Floodwaters receded in different districts and those who took shelter in relief camps are returning home. According to the ASDMA, the number of relief camp inmates came down to 17,770 which was 21,807 on Friday.

The ASDMA said over 3.72 lakh people of 348 villages in six districts were affected by floods as on Saturday.

Chief minister Sarbananda Sonowal on Saturday visited Nalbari district and took stock of work being undertaken at the erosion-affected areas near an embankment along the Brahmaputra at Doulasal-Larkuchi in the Borkhetri constituency. He directed the water resources department to complete repair on a war footing. “Directions have already been given to repair the breaches or restore the erosion-hit areas with the help local MPs, MLAs and people,” he said.

Sonowal added that the 15th Finance Commission had declared river erosion a natural calamity and recommended adequate compensation, including rehabilitation. He said the state government was preparing a detailed report to be submitted to the Centre.

Sonowal said the state government had already received Rs 386 crore out of Rs 772 crore from the Centre under the SDRF.

Meanwhile, the Kopili is flowing above the danger level at Dharamtul and Kampur in Nagaon district.

Erosion was reported in Majuli, Sonitpur, Dibrugarh and Biswanath districts. Over 1.7 lakh animals were affected. Damages to roads and breaches in embankments were also reported.

The president of the Flood Erosion Resistance Struggle Forum in Dibrugarh and Tinsukia districts of Upper Assam, Binod Kedia, said: “ln these areas situation is critical due to riverbank erosion caused by the Dibru river. After the first wave of floods erosion started gobbling up hundreds of houses and agricultural land. A total of 92 families are on the road without food and shelter. We have requested the deputy commissioner, Dibrugarh, to help the victims immediately. He assured us that he would to take necessary action.