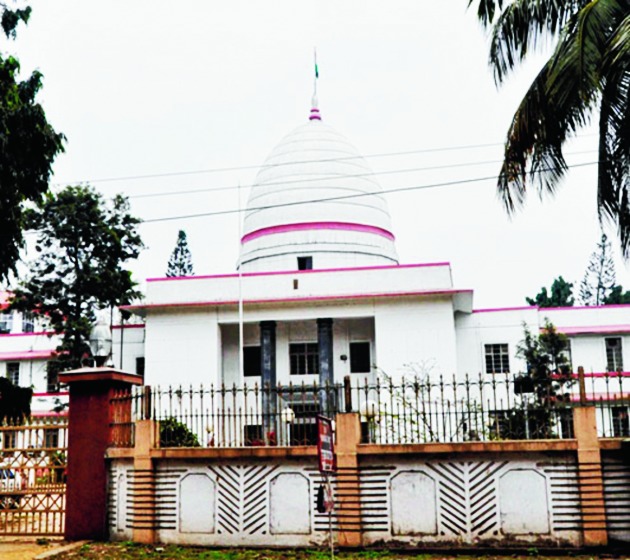 Gauhati High Court has ordered a crackdown on those violating Covid-19 safety norms by directing state police to be “proactive on the streets” and punish those not wearing masks or maintaining social distance.

A division bench of Chief Justice Ajai Lamba and Justice Manish Choudhury passed the order on Thursday while acting on a PIL by senior advocate Tanmoy Jyoti Mahanta.

The bench said the order was being issued to safeguard the lives of people at a time that hospitals are overflowing with Covid-positive patients and oxygen to treat critical patients is already in short supply.

The PIL had contended that the alarming surge in cases had a lot to do with the public not complying with the safety guidelines issued by government and government agencies failing to implement the mandatory use of masks and social distancing in public places “resulting in extensive spread of the pandemic”.

Pleading for an urgent need for strict and proper direction to the concerned government agencies, the PIL mooted punitive measures against those not using face masks and maintaining social distance in public and workplaces. The PIL stated that wearing masks and following distance norms were the only measures to check the spread of the virus in the absence of medicines and vaccine.

Assam, which detected its first Covid case on March 31, has recorded over 1.1 lakh cases with 330 deaths till Friday night. Health minister Himanta Biswa Sarma on Friday said the situation was worrying because people were dying after recovering from Covid.

A May 8 health department order had made wearing masks or face covers mandatory in public places and those violating the safety norm were made punishable under Section 188 (disobedience to order duly promulgated by public servant) of Indian Penal Code.

All police officers not below the rank of assistant sub-inspector have been authorised to impose a penalty of Rs 500 for the first, second and third offence and the Rs 1,000 for subsequent violations.

The court order said no resident/citizen had the right to put his own life in jeopardy or put the lives of the others at risk. It said various legislations had been made and orders had been issued to check the spread of the virus. However, the orders are apparently being flouted because “punitive action” is “not” being taken against the violators of government orders and notifications.

The court then said those violating the face cover norm would be punishable in accordance with the May 8 order to safeguard the lives of the public.

The division bench directed district police chiefs, DSPs and OCs to be proactive on the streets and check whether the directions issued vide order dated May 8 were complied with or not. In case the directions are violated, penalty should be imposed on the violators and the amount collected brought to the notice of the court through the office of the senior standing counsel of the health department.