Woman stranded on sar in Tripura 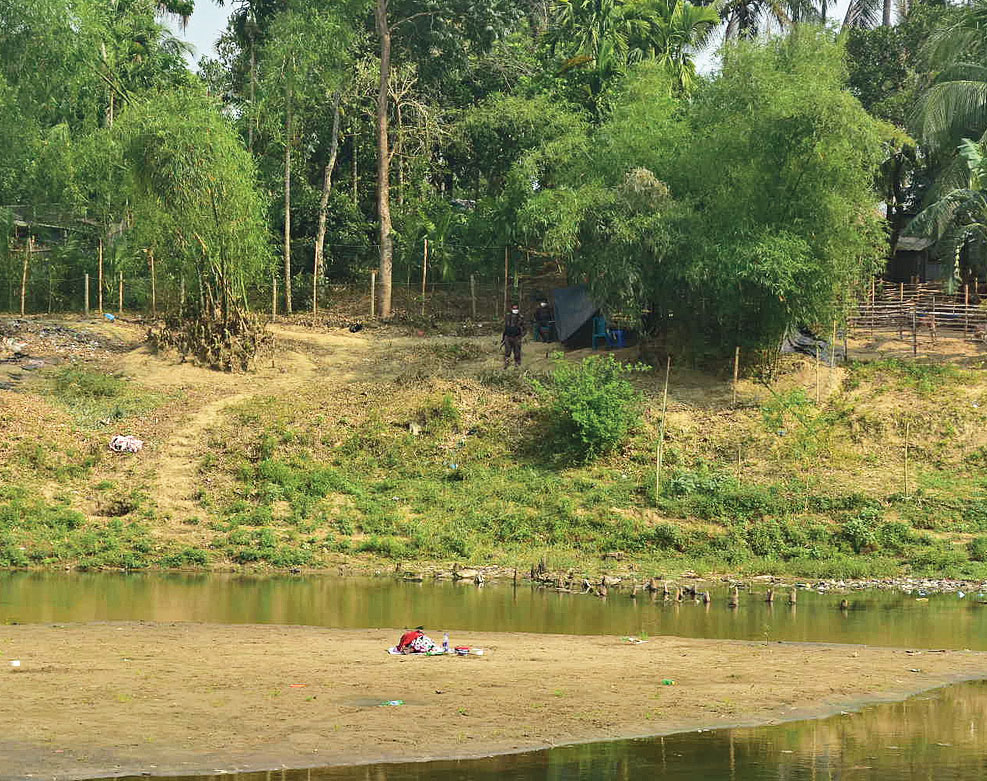 A mentally ill woman has been stranded on a sar (sandbar) on the Feni river, which divides India and Bangladesh in southern Tripura, for the past 11 days, with BSF and Border Guards Bangladesh (BGB) allegedly refusing to rescue her claiming she was not a citizen of either country.

Residents of Kathalchari and Amtali villages under Sabroom subdivison of Tripura’s South district, claimed the woman had been allegedly pushed back to the Indian side thrice on the same day.

“On April 2, we heard some people shouting near the river. We rushed to the spot to find a group of people trying to force the woman into the Indian side. However, with BSF personnel guarding the border, the woman eventually went away,” said Sushanta Basak, 28, a resident of Kathalchari.

Rupam Basak, another eyewitness, said they have stopped going near the river since the lockdown as the BSF jawans had ordered them not to go for bathing or fishing. “But Bangladeshis regularly come to steal our vegetables, cattle and other items. The lady, stranded on the sar, is a Bangladeshi and her people pushed her back into Indian side. BGB men simply stood and watched,” Basak claimed, adding the BGB’s Ramgarh border outpost is right across the river.

After the first attempt to push her into India failed, they made two more attempts, in an area of 1.5km near the spot. The woman finally crossed the zero line and settled down on the sar, close to Amtali.

Amtali resident Suman Debnath, 25, said: “On April 2 night, I heard a hue and cry near the river and saw BSF and BGB personnel flashing torches at the woman. The BGB personnel were forcing her to push back into Indian territory.”

Several villagers, including Debnath, said they met the woman and when they asked her name and residential address, she said she was “not authorised to divulge her name, address or other details”. “She gave several references of places like Mirpur in Bangladesh. Her language is not very familiar either,” Debnath said.

Bangladeshi people are reportedly providing her with food and water from time to time.

Minati Paul, 55, and her daughter-in-law Shilpi also claimed the woman was from Bangladesh and was pushed by the BGB to the Indian side.

“A group of women from our village had spoken to the woman. It seems she is from Bangladesh because she calls water paani, but Bengalis here say jol. Moreover, she was giving reference of Mirpur,” Minati said.

When contacted, chief public relations officer at BSF headquarters at Salbagan, said, “I have visited the place and conducted an extensive inquiry. There is no doubt she is from Bangladesh and the neighbouring country should take her back.”

There are reports of more mentally ill people being pushed back from the Bangladesh side near Amtali and Samarganj villages in Sabroom division. In both cases, the people were sent back to Bangladesh after meetings with sector commanders.

At least 18 such people from Bangladesh are being treated at Modern Psychiatric Hospital in Agartala.

Tripura shares a 856-km boundary with Bangladesh. The Centre has erected barbed wire fencing 150 yards from the international border in accordance with the Indira-Mujib pact of 1971 and BSF-BDR border agreement signed in 1975.