Licence to a homemade heady brew in Shillong 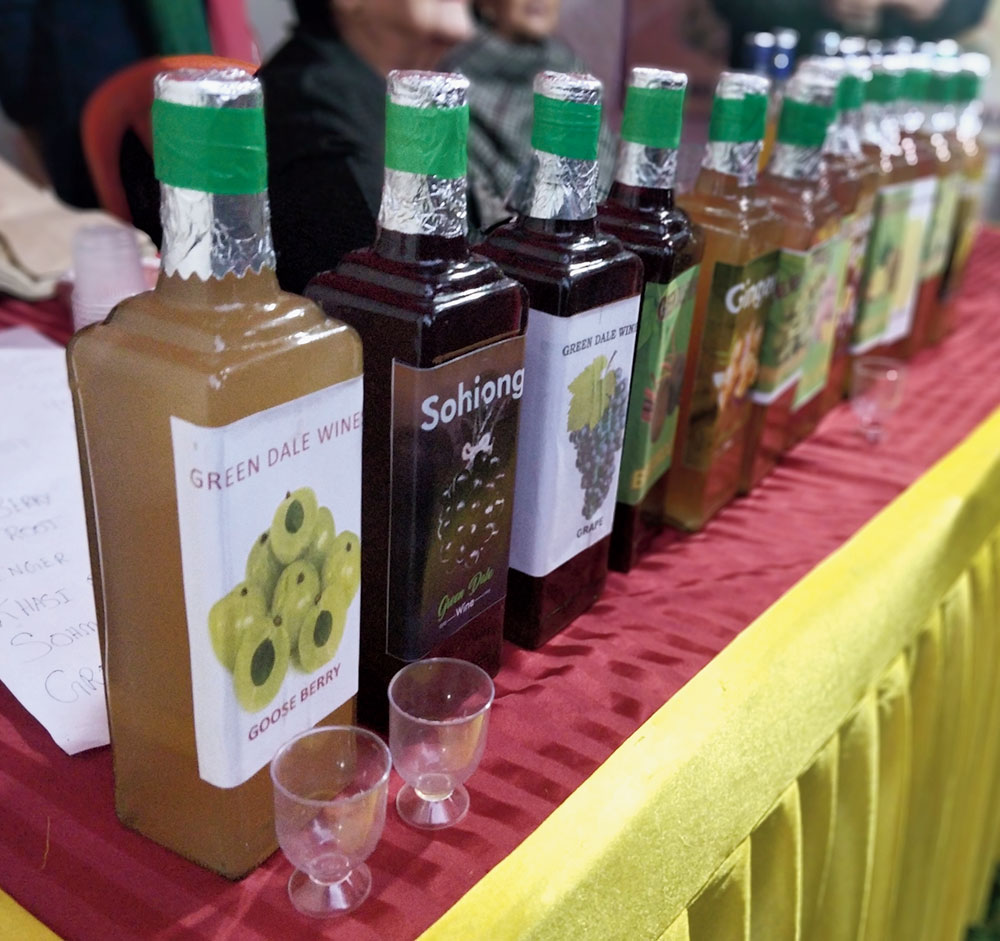 The lockdown to combat Covid-19 and the resultant economic downturn has prodded innovative ideas to seek a turnaround in fortunes.

Remember Nancy Sinatra crooning about strawberries and cherries in her summer wine? The Meghalaya government had adopted a campaign to legalise such fruity tipples 18 years ago, but it is only now that it has evinced interest to issue licences for manufacture and sale of homemade fruit wine.

The Conrad K. Sangma government plans to promote homemade fruit wine and encourage their sale in the domestic and international markets.

It was in 2002 that the Shillong Wine Festival made its foray, and since then, homemade fruit wine producers have been asking the government to legalise the trade.

Michael N. Syiem, who has been at the forefront to organise the festival and demand legalisation of the trade, on Tuesday said fruit wine making should be in the form of small or cottage industry.

“It has been a long campaign with more and more people taking to wine-making at home. During the annual festival, not less than 20 homemade fruit wine makers set up their stalls. We want the winemaking in the form of small or cottage industries as this will create employment and also increase the variety,” Syiem said.

The government has issued the draft rules for issuing licence for homemade wines by individuals, firms, societies and others.

The holder of the licence for production and sale of homemade wines will be allowed to store and sell his/her finished wines at the production centre, but sales to retail “on” and “off” licence holders should be accompanied by a permit issued by the deputy commissioner.

The licence holder will have to pay in advance an annual fee of Rs 7,500 for the production and sale of potable homemade wines at the designated winery.

Homemade wines can be sold at the winery and Retail ”on” and “off” licenced premises on pre-payment of all government levies.

The draft rules have prescribed that the strength of the homemade wines should not exceed 14 per cent ABV (alcohol by volume).

Moreover, it has been prescribed that the type of yeasts, fruits, the quantity used are to be declared to the deputy commissioner before the process of fermentation is undertaken, batchwise.

Every batch will be allowed to be sold only after certification from chemical examiner/chemist, stationed at the State Excise Chemical Laboratory, or any laboratory in recognised university/institute or any registered laboratory, showing the strength and quality of the wine.

Spoilt or sedimented wine will have to be destroyed in the presence of an excise officer and levies will then be waived.

The government has invited stakeholders to share their views and suggestions on the draft rules, and these have to be sent on or before June 9.

For now, Syiem said that homemade winemakers are looking forward to the government’s final decision.