The chief minister was addressing a rally at Lal Field in Haflong, the headquarters of Dima Hasao 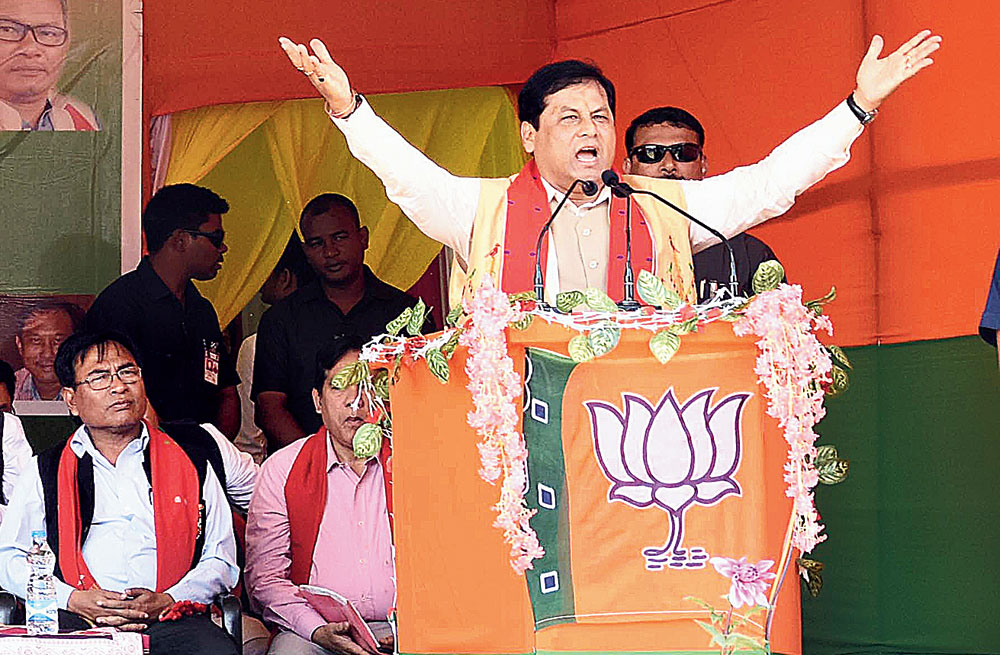 Chief minister Sarbananda Sonowal on Wednesday said the Congress had no sentiment for the Northeast and its people as the party had kept the region deprived of development schemes over the past 55 years.

The chief minister was addressing a rally at Lal Field in Haflong, the headquarters of Dima Hasao district in south Assam, to campaign for BJP candidate in the Autonomous District Lok Sabha constituency Horen Sing Bey.

The autonomous districts will go to the polls in the second phase on April 18.

“All steps taken by Prime Minister Narendra Modi-led government have made it clear that whatever he had promised, he has done in reality in his five years. The Congress could not do that in 55 years when they ruled the country,” Sonowal said.

He also spoke about Pulwama terror attack and Balakot air strike, saying he is proud that Modi is protecting the nation by defeating its enemies. “I am also a part of technology-driven society and I am moving ahead to the same direction by upgrading and using technology so that our growth is faster under the leadership of Modi. He is ruling the hearts of people irrespective of caste, creed and culture who know that they are safe under his leadership.” Sonowal said.

He urged the people to vote for Bey, the BJP candidate, for development, peace, progress and security for the district, state and people of country.

He exhorted people to elect Modi again as Prime Minister for “sabka saath sabka vikas (with all and development of all).”

The district election office of Dima Hasao is all prepared for the Lok Sabha election.

The hill town, however, went through a harrowing Wednesday as traffic was halted several times to let the VIPs pass.