Advertisement
Home / North-east / CMs of Assam, Mizoram to meet in Delhi on Wednesday for border talks

CMs of Assam, Mizoram to meet in Delhi on Wednesday for border talks

Border dispute between the two states is a long-standing issue 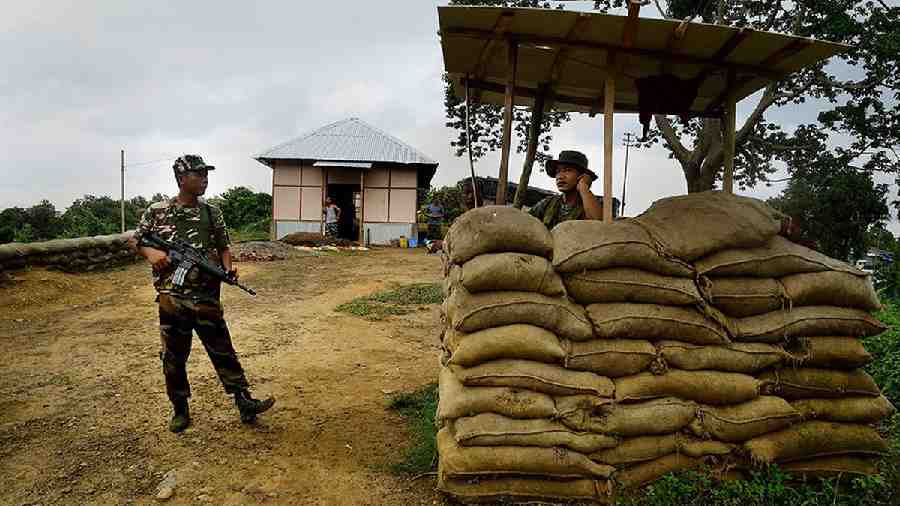 Mizoram Chief Minister Zoramthanga and Assam CM Himanta Biswa Sarma would meet in New Delhi on Wednesday to find a solution for resolving the long-standing border dispute between the two Northeastern states, an official said on Tuesday.

Zoramthanga and Sarma would meet at Assam House in New Delhi at 1 pm, the official of the Mizoram Chief Minister's Office (CMO) said.

"Mizoram Planning Board vice-chairman H Rammawi is likely to accompany Zoramthanga to the meeting," she said.

The meeting was scheduled on Monday but had to be postponed as Sarma returned to his state from the national capital.

This will be the second such meeting between the two chief ministers on the border issue. In November last year, the two leaders met in New Delhi in the presence of Union Home Minister Amit Shah.

An official of the Mizoram Home Department said the date for the next round of minister-level talks between the two states, scheduled to be held in Guwahati next month, is yet to be fixed.

"The date for the next round of talks with the Assam delegation is yet to be decided. The matter has not been discussed as Home Minister Lalchamliana is now on leave due to illness. It will be discussed once he joins office," the official told PTI.

A delegation of Mizoram led by Lalchamliana, and that of Assam headed by Border Protection and Development Minister Atul Bora had met in Aizawl on August 9 to find a lasting solution to the vexed border dispute. Prior to this, they had met in August 2021.

At the last meeting, both sides agreed to maintain peace along the border and decided to meet again at Guwahati in October.

The border dispute between the two states is a long-standing issue. Mizoram was part of Assam until 1972, when it was carved out as a Union Territory, and it became a state in 1987.

The border dispute mainly relates to two colonial notifications -- the inner line reserved forest notified under the Bengal Eastern Frontier Regulation (BEFR) in 1875, and the boundary indicated in the Survey of India's Map in 1933.

While Mizoram claimed the 509 square miles stretch of the inner line reserved forest as its actual boundary, Assam said the 1933 boundary is its constitutional boundary.

The border dispute between the two neighbouring states turned violent in July last year, leading to the death of six policemen and a civilian from Assam when police forces of the two states exchanged fire on the disputed area near Vairengte village on National Highway-306.

Around 60 people had also been injured in the violent clash, which was followed by a blockade organised by residents of Assam's Lailapur village in Cachar district on NH-306, the lifeline of Mizoram, for nearly a month.

The tension was defused as the Centre intervened, bringing both sides to the table.