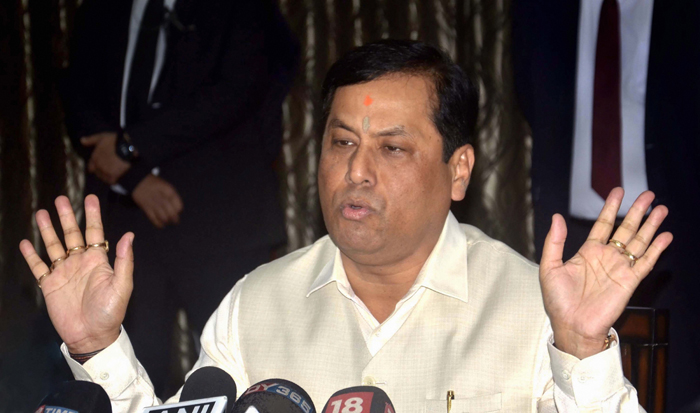 Chief minister Sarbananda Sonowal said this to a delegation of the All Tai Ahom Students’ Union (Atasu) at a meeting held here on Saturday.
PTI
Our Special Correspondent   |   Guwahati   |   Published 21.12.19, 07:17 PM

Amid widespread protests against the Citizenship (Amendment) Act 2019, the Assam government continued to announce sops for the indigenous communities in an apparent appeasement bid to end the agitations across the state.

Close on the heels of promising six communities of Assam Scheduled Tribe (ST) status within January, the government on Saturday promised a medical college in a Tai Ahom community-dominated area besides adequate reservation of seats for students of the community in educational institutions. It also promised to take steps for revamping the Tai Ahom Development Council with allocation of substantial funds.

Chief minister Sarbananda Sonowal said this to a delegation of the All Tai Ahom Students’ Union (Atasu) at a meeting held here on Saturday.

He said the Centre had assured to ensure implementation of Clause 6 of the Assam Accord for constitutional safeguards of the indigenous people and the high-level committee is expected to submit its report within January 15.

Sonowal met a delegation of the Motok organisations and informed that an autonomous council covering the areas inhabited by the Motoks would be set up and substantial funds would be allotted for preservation of its heritage, creation of new infrastructure, generating self-employment avenues and skill augmentation of the youths.

He also told them about increasing the number of seats reserved for students of the community in the medical colleges.

The Atasu delegation demanded an autonomous council covering the Upper Assam districts besides Nagaon and Biswanath districts. They opposed the Citizenship (Amendment) Act in the memorandum.

The delegation demanded early steps to include the Sonowal Kachari Autonomous Council in the Sixth Schedule of the Constitution.

An extra seat would also be allotted for Moran community in a medical college of the state.