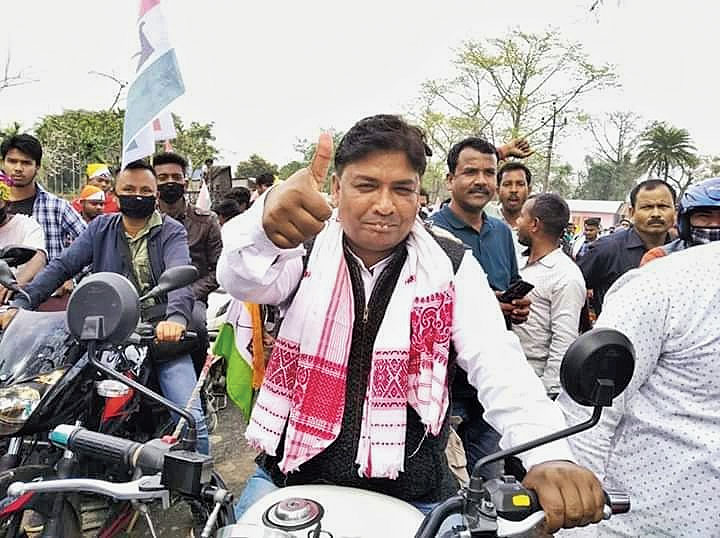 Seat-sharing equation between the Bodoland People’s Front (BPF) and the BJP has led to unease among BPF workers in the Nonoi Serfang constituency of the Bodoland Territorial Council (BTC) in Udalguri district as the standing Member Council of Legislative Assembly (MCLA) Suresh Tanti is yet to be formally nominated by the BPF.

The BPF workers of the Nonai Serfang block said they would not allow fielding of a BJP candidate in the constituency as they claimed it was a stronghold of the BPF.

President of the block, Ranjit Deka, said: “The political roadmap of the coalition can never be met with a compromise in this constituency which is a BPF stronghold.”

Attending a massive bike rally taken out by BPF workers at Nalapara in Udalguri on Monday, Assam cabinet minister and BPF legislator Rihon Daimari had backed the candidature of Tanti.

He said: “Although the BJP is an ally of the BPF, the Nonai Serfang ticket should not go to the BJP as it is a BPF stronghold and Tanti will certainly win with a landslide margin.”

According to sources close to Tanti, if he was not chosen as the BPF’s candidate, he would most likely contest as an Independent candidate.

The BJP is eyeing the seat and former Rajya Sabha MP Santiuse Kujur may be fielded by the party.

BTC chief and BPF president Hagrama Mohilary earlier said the task of selecting candidates had been handed over to some of the top leaders of both the parties.

The BJP currently has only one member in the 46-member council BTC headquartered in Kokrajhar.

Mohilary has already announced a list of 16 BPF candidates. Though the BJP is to yet formally announce its candidates, sources claimed the party was batting to contest in at least 12 to 15 seats.

State BJP chief Dass and the party’s Mangaldoi Lok Sabha MP Dilip Saikia who was also handed over the charge of convener of the BTC polls, will hold a meeting with party workers and prospective candidates at Goreswar in Baksa district on Wednesday where the final roadmap of the party for the polls will be prepared.