Axone dishes out a different fare in fest 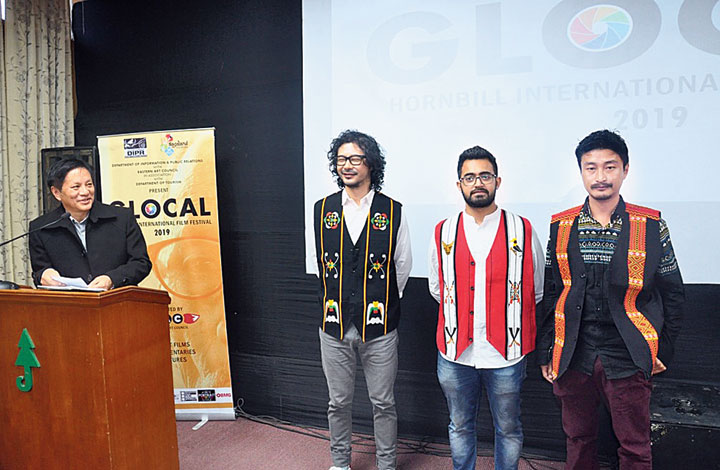 A 96-minute feature film, Axone (aroma), based on experiences of northeasterners in major cities outside the region, was screened on the first day of the two-day Glocal International Film Festival which began as part of the ongoing Hornbill Festival at Hotel Japfü in Kohima on Thursday.

Short films from around the world, such as Change of Plan, S-He, Midnight Error and Enemy of the State were also screened on the first day of the film festival.

Axone follows a day in the life of a group of people from the Northeast in Delhi thro-ugh a wedding, a feast and a landlord-tenant clash.

The film, written and directed by Nicholas Kharkongor, was premiered at the 63rd BFI London Film Festival in early October.

The film festival is being organised by the Nagaland information and public relations department in association with Eastern Art Council.

“We had full houses at the London Film Festival and the Indians there said it resonated with them because when they first came to London and would cook curry, it would smell and get them into trouble,” said Kharkongor, while interacting with the viewers.

The audience was full of appreciation for the film produced by Yoodlee Films, starring Vinay Pathak and Sayani Gupta.

On the possibility of a sequel, Kharkongor said, “It’s important that the film does well to take up the next chapter because at the end of the day for Bollywood, it’s all about the commercial success.”

It has been carefully thought out so that it does not appear as propaganda when the film is aired in cities like Mumbai and Delhi, added Kharkongor.

Gracing the inaugural programme, Nagaland minister Neiba Kronu said, “Assam and Manipur have gone ahead in terms of filmmaking but in everything there is a beginning. Lots of programmes are being held these days but the film festival is quite an interesting one.”

The director, IPR, Limawati Ao, said film production can be a lucrative and employment generating activity in the state.

“Films can project our state and its positive aspects to the world, but most of all tell the story of the Nagas to the world,” he said.

Minister Temjen Imma Along, advisers Toshi Wungtung and Mmhonlumo Kikon and other dignitaries attended the programme.