Both Sudip Roy Barman and Ashish Kumar Saha submitted their resignation letters to Speaker Ratan Chakraborty around 11.15am and flew to Delhi in the afternoon 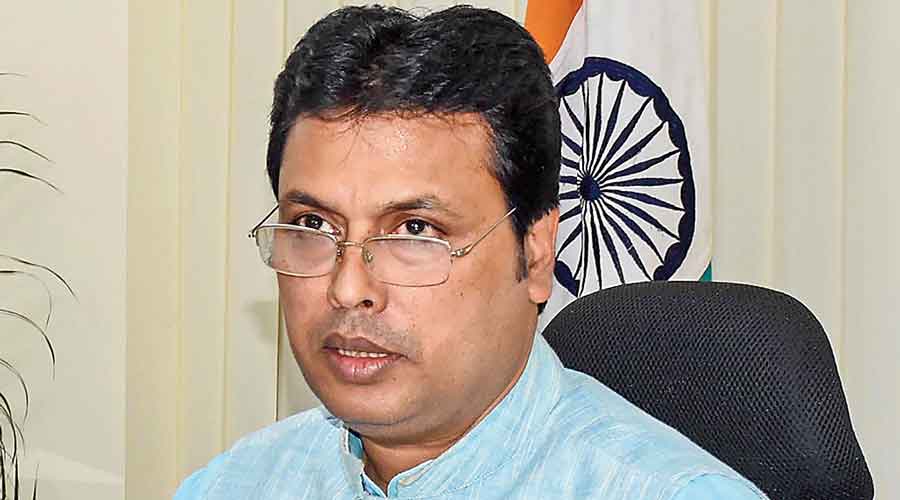 Two ruling BJP MLAs from Tripura — Sudip Roy Barman and Ashish Kumar Saha — who have been critical of the state leadership resigned from the ruling party on Monday amid speculation they will be returning to the Congress.

The resignation of the rebel MLAs was along expected line because ties between chief minister Biplab Kumar Deb and Barman had soured since the latter was dropped as the health minister in 2019.

The move will, however, not affect the BJP-led coalition government in Tripura as it alone has 33 MLAs in a House of 60 but political observers expected major churning in run-up to the 2023 Assembly polls.

The emergence of the Trinamul and the Tipraha Indigenous Progressive Regional Alliance (TIPRA) last year is already posing a challenge to the ruling coalition dispensation of BJP-IPFT. TIPRA is presently heading the autonomous district council after winning its debut polls last year while the Trinamul opened its account in the urban body polls.

Both Roy and Saha submitted their resignation letters to Assembly Speaker Ratan Chakraborty around 11.15am and flew to Delhi in the afternoon. The Speaker is yet to announce his decision. Before them Ashis Das had quit as BJP MLA to join the Trinamul.

Saha, a three-time MLA, told The Telegraph from Delhi that the reason for their resignation was an “autocratic” state government and “no” visible sign of development.

“Four years have passed since we came to power but the promises made to the people vis-a-vis development as per our manifesto have not been met. People have not got anything. There is no sign of development and there is no sign that something will happen in the future. An autocratic government is in place. Our future step will become clear by Wednesday,” Saha said.

The BJP and the Tripura Indigenous People's Front of Tripura (IPFT) had dislodged the Left government in 2018 Assembly polls riding on the slogan Chalo Paltai (Lets change).

Known to speak his mind, Barman had joined the Trinamul with five Congress MLAs in 2016 and then shifted to the BJP in 2017 with his loyalists. Barman is a former Opposition leader and also a former state CLP leader and has a following in the state.

Last August, Barman had held a meeting with a group of MLAs to “identify the mistakes” made by the BJP-IPFT government so that it could be brought to the notice of the national leadership. He had also expressed concern over the law and order situation before the urban body polls. Of late he and loyalists had been touring the state to gauge the political mood, sources said.

The BJP central leadership had made attempts to patch things up between Deb and Barman but it proved futile, as the latter was firm on Deb’s removal as chief minister.

The Congress, which has been in free fall having failed to open its account in 2018 Assembly polls won by the BJP-IPFT, since Barman’s departure can only expect to gain if he decides to join the party as is widely expected.

Ruling BJP leaders said the duo’s resignation will not impact the party or the government. They also said under chief minister Biplab Deb’s leadership Tripura is witnessing development

Chowdhury also said Barman’s statement he felt relieved after putting in his papers is similar to what he had said after leaving the Congress for the Trinamul.

TIRA chief and former Congress colleague Pradyot Kishore Deb Barman said: “I am not surprised at the resignation of Sudip Barman as he had already made it clear to me a long time ago that he was frustrated and upset with the government, in fact I am surprised that it took so long to take this step. It is his decision to choose what he wants to do next.”